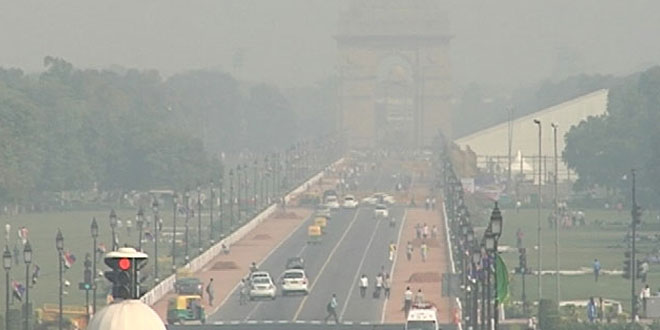 New Delhi: The National Green Tribunal has refused to review its order that directed the Central Pollution Control Board (CPCB) to monitor the implementation of Graded Response Action Plan (GRAP) to combat different levels of air pollution. A bench headed by NGT Chairperson Justice Adarsh Kumar Goel said the tribunal did not intend to supersede or replace the procedure laid down in the Environment Pollution Control Authority (EPCA) Notification. It said the directions were meant to supplement the GRAP as an effective additional mechanism for compliance of its directions.

Review has been sought on the ground that the order is contrary to the Policy of the GRAP notified by the Environment Ministry by Notification dated January 12, 2017 whereby the task of implementation of GRAP for Delhi-NCR, has been vested in the EPCA. This policy, as per the applicant, was also approved by the Supreme Court, the bench said.

“The tribunal had clearly expressed that the direction for monitoring by the Central Pollution Control Board was in respect of the directions issued in the order dated December 18, 2017 and was not intended to supplant the procedure laid down in the EPCA Notification. For the aforesaid reason, we do not find any merit in the review application and is accordingly dismissed,” it added.

The tribunal was hearing a plea seeking review of its July 27, 2018 order directing CPCB to monitor the implementation of GRAP to combat different levels of air pollution. It had directed that GRAP, already notified, be implemented by CPCB with some modifications and further reports in the matter be filed before the apex pollution monitoring body and the same be monitored by it. “If any further directions required the CPCB may act in accordance with law or matter brought before this Tribunal,” the bench had said.

While CPCB has formulated six categories, which refer to different levels of pollution, good, satisfactory, moderately polluted, poor, very poor, severe and above severe, EPCA’s action plan, termed GRAP, has formulated five categories. These are severe plus or emergency, severe, very poor, moderate to poor and moderate. NGT had sought the implementation of odd-even in the third category, but the current GRAP calls for the move at the emergency or highest stringency levels. Terming as “critical” the levels of pollution in the third category, the NGT said immediate steps, including a ban on construction and introduction of the odd-even scheme, should be implemented by the authorities. When air pollution reaches environmental emergency levels, thermal power plants in Delhi should be shut down and sprinkling of water from the high-rise buildings should be done, the tribunal had said.