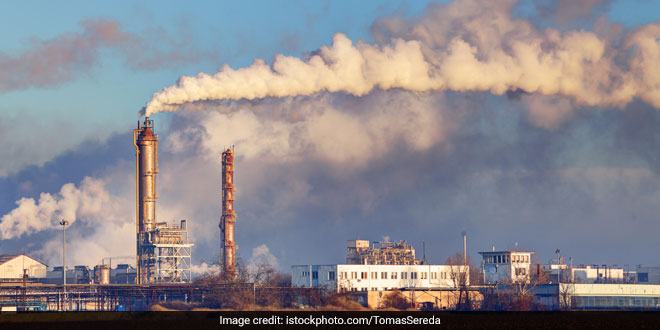 New Delhi: In recent years, air pollution in the national capital Delhi has been identified as a major cause of environmental distress. Time and again severe levels of air pollution make a comeback, leaving people of the city breathless. To overcome the recurring problem and encourage the use of clean fuel, Delhi government on September 4, gave a green signal to the proposal of providing financial assistance to industries and eateries that switch to environment-friendly fuels. Shedding light on the news, Delhi’s Food and Supply and Environment Minister Imran Hussain said, “To fight against pollution, Delhi Cabinet today approved subsidy for use of electric or gas tandoors in place of coal tandoor and incentives to industries for switching to PNG.”

To Fight against Pollution.Delhi Cabinet today approved.
1) Subsidy for use of Electric or Gas Tandoors in place of coal Tandoor.
2) Incentives to industries for switching to PNG
Thx @ArvindKejriwal & @msisodia for ur support.

As per the proposal of the Environment Department, either 50 per cent subsidy of the cost of the tandoor or a subsidy of Rs. 5,000 per tandoor, whichever is less, will be given to the eateries for switching to electricity or gas based tandoor, with effect from April 1, 2019.

The new restaurants, eating houses, banquet halls, hotels which have come up or will come up on or after April 1 and provide or install electricity or gas-based tandoors, shall also be eligible for getting the said subsidy, a government statement as quoted by IANS.

As far as industries are concerned, a subsidy of Rs. 1 lakh will be provided for switching to Piped Natural Gas (PNG).

Grant of Rs 50,000 to small industries and Rs one lakh to large industries to be provided as per the definition of Indraprastha Gas Limited (IGL), in Approved Industrial Areas in Delhi and Redevelopment Industrial Areas for switching over to PNG, said a statement from the government.

The scheme will be implemented and monitored by the Delhi Pollution Control Committee (DPCC).

Also Read: 64 Per Cent Of Air Pollution In Delhi During Winters Is Caused By External Factors, Says Study

Other Measures To Fight Air Pollution In Delhi: Electric Buses

On July 11, cabinet approved Delhi government’s proposal to purchase 1,000 low floor electric buses in Delhi to fight air pollution and increase the fleet of buses. For the same, Delhi Integrated Multi-Modal Transit System (DIMTS) has been appointed as consultant for the project. The low-floor electric buses are expected to be on roads from June-July 2019 and the estimated cost for the same is Rs. 2,500 crore.

Green Initiatives For Green Delhi: Tracing Back To Green Budget

Earlier in March, Delhi government presented its Rs. 53,000 crore budget for fiscal year 2018-2019 and termed it as ‘green budget’. The emphasis of the budget was on environment, health, education, and water. The above mentioned schemes – electric buses and clean fuel are a part of the green budget.

In July, during the first review meeting of Delhi’s Green Budget, Deputy Chief Minister Manish Sisodia said that the work as part of green budget was progressing well. He also mentioned that the Delhi government was convincing industries to shift to clean fuel, and clean fuel-based generators from diesel generators.