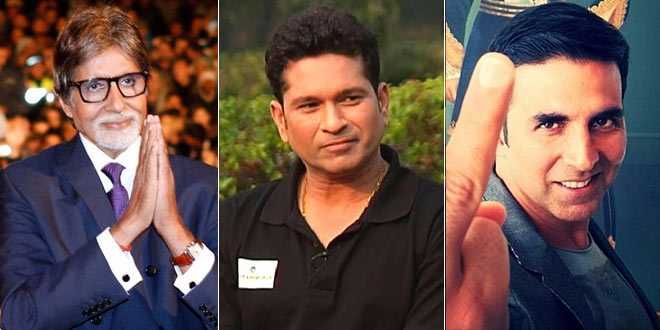 New Delhi: In nearly 3 years of the Swachh Bharat Abhiyan, nearly 5 crore toilets have been constructed, 5 states, 2 lakh villages have achieved the status of open defecation free (ODF). A lot has been achieved, but, the road to fulfilling the goals of Swachh Bharat is still long way away. At this time the country needs all its citizens to turn Swachh warriors, as the government alone cannot achieve the target of the entire country going ODF by 2019. To mobilise public support and spread awareness, the government recently started a nationwide campaign – Swachh Sankalp se Swachh Siddhi. This countrywide campaign seeks to educate people about the importance of Swachhta and encourage mass involvement in Swachh Bharat Mission by holding Film, Essay and Painting competitions that are open for all to participate in. The competitions are being organised by the Ministry of Drinking Water and Sanitation.

To support this initiative of the government, Amitabh Bachchan who has been a campaign ambassador for the Swachh campaign for a while now, urged all his fans to come forward and do their bit towards creating a Swachh India.

Actor Akshay Kumar too joins this Swachh initiative and tweeted a video in support of the campaign.

The Toilet: Ek Prem Katha start (star) said, Friends, Swachh Bharat Abhiyan which has been there since last three years, has now come to a stage, where we need to take Swachhta Sankalp to Swachh Siddhi , so that we can progress towards a new India. And, this will be possible with your help, your swachh ideas.

The themes of the competitions, to be held under Swachh Sankalp se Swachh Siddhi are,
for Essay competition – What can I do for making India clean?;
for Film competition – My contribution to make India clean; and
for the Painting competition which will be held only for primary school students – Clean India of my Dreams.

Based on these competitions, the National Swachh Bharat Awards would be presented on October 2, 2017. The competitions will be held across India till September 8.

Do It Yourself: Actor Riteish Deshmukh Shows The World How To Celebrate Ganesh Chaturthi In An Eco-Friendly Way, Makes Green Ganpati Idol At Home

In A First In India, Thane In Maharashtra To Start Recycling Thermocol Waste