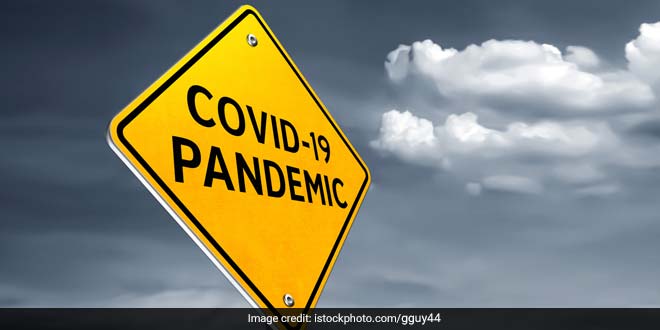 Amaravati: The main focus of Andhra Pradesh government is to further reduce COVID-19 mortality rate, said Medical and Health Department Special Chief Secretary KS Jawahar Reddy on Tuesday (September 1). Speaking to the media, he said that the mortality rate in the state is under control and some districts registered fewer deaths in comparison to their past record. Nellore, Chittoor, and Prakasam districts have registered an increase in deaths while Anantapur, Guntur, Krishna, Visakhapatnam and Srikakulam districts witnessed a decline.

Similarly, the number of positive cases has increased by 6.26 percent by registering additional 8,139 cases. While districts Anantapur, Guntur, Krishna, Kurnool, and Vizianagaram witnessed a steady decline of cases, Nellore, Prakasam, and Srikakulam districts registered an increase in the number of cases.

In regard to the sero-surveillance, which was conducted in four districts- Anantapur, East Godavari, Krishna, and Nellore, by testing the presence of IgG Antibodies, it was identified that the prevalence of the virus in 16.7 per cent population of Anantapur district, 14.4 per cent in East Godavari, 21.7 per cent in Krishna, and 8.2 per cent in Nellore. It was also identified that a majority of prevalence was seen in urban areas and equally in non-containment zones.

Also Read: Andhra Pradesh Is Moving Ahead In The Race No One Wants To Win. Here’s State’s Current Coronavirus Status And The Plan

KS Jawahar Reddy further said that the sero-surveillance program in the remaining nine districts is also being conducted. He said that the average doubling rate is currently 30 days, while the reproductive rate between August 23 and 29 is at 1.09 per cent. In a span of one week, over 72,000 cases have been registered, which is 56 per cent in rural and 44 per cent in urban areas.

Meanwhile, Mr Reddy has requested the public to be on high alert, especially when there are symptoms like high fever, breathlessness, and oxygen saturation drops below 94. He appealed to the public to contact 104 helpline or local ANM or volunteer either to get shifted to a hospital or home isolation for treatment.

The state government had established control rooms at village level and district level for the convenience of the patients and also enabled telemedicine service through 14410 call centre.

He asserted that the public should take up the responsibility of containing the virus and stressed on using masks, maintaining physical distance, and washing hands at frequent intervals.

The state government is taking up an awareness campaign on the use of masks in partnership with UNICEF in order to contain the spread of the virus.