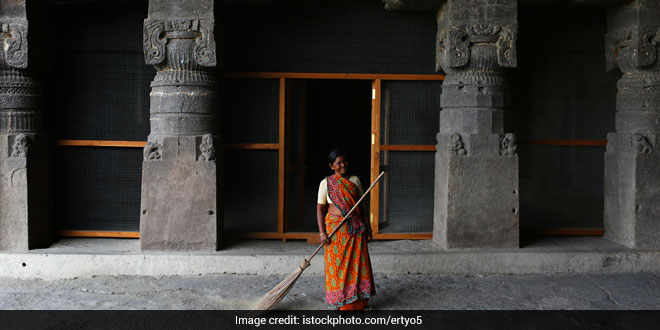 New Delhi: A joint report published recently by the TERI University, United States Agency for International Development (USAID), and Coca-Cola India titled the ‘State of Urban Water and Sanitation in India’, highlights that Indian states like Andhra Pradesh, Chandigarh, and Gujarat have been the national leaders with commendable achievement across all their Urban Local Bodies (ULB) in terms of getting them to go Open Defecation Free (ODF); however, several cities in other parts of the country, especially in Bihar, Odisha, Punjab, and West Bengal, are far behind in terms of Swachhta, as till date not a single ULB has gone ODF.

The report also underlines the harsh reality about Swachh Bharat Abhiyan (Urban) scheme implementation and finds that in urban areas the performance is way behind target. In the last 2.5 years of the Abhiyan, 3.1 million Individual Household Latrines were constructed in the urban areas of the country as against the five-year mission target of 10.4 million toilets to be built by 2019, that’s just the 30% of the target.

The report also said that the numbers do not present a clear picture in the urban areas because it isn’t clear if places that have declared themselves ODF are actually free of open defecation. As per the open defecation free process, after a local body declares its area ODF, it has to be certified by the government and then independently verified. Third party verification has happened for very few states.

This report that emerges from a three-year study on strengthening water and sanitation services in urban India also promotes the notion that becoming ODF is not the end of Swachh Bharat Abhiyan, apart from toilet construction, the mission should also integrate faecal sludge management and water supply facilities.

Speaking about the success of the Andhra Pradesh, Chandigarh, And Gujarat – Gujarat was the first state to declared its urban areas open defecation free, it declared its urban areas free from open defecation on October 2, 2016. In numbers, till date, more than 4 lakh individual toilets and 17 thousand (17,071) community toilets have been constructed in the state. Talking about the recently held Swachh Survekshan 2017 which assessed 434 cities across India, 30 cities were from Gujarat, in fact, it had 12 cities in the Top 50.

Following the footsteps of Gujarat, Andhra Pradesh was the second state to declare its urban parts ODF in 2016. As of date, the state has constructed over 1 lakh toilets and notably, eight of Andhra Pradesh’s 32 urban local bodies (ULBs) that participated in Swachh Survekshan 2017 were ranked among the top 50 clean cities. Andhra Pradesh was the third state, with the highest number of clean cities or towns in the country after Madhya Pradesh (23 cities) and Gujarat (22 cities).

Whereas Chandigarh, is the only union territory which has achieved the mammoth task of becoming an open defecation free UT. Chandigarh was declared ODF in September 2016 and was also certified as an ODF UT after six months. In the context of sewerage network, Chandigarh is at the highest 85.9% compare to other states, cities and UTs.

One common thread that stands out as a factor for the success of Gujarat, Andhra Pradesh and Chandigarh when it comes to the implementation of Swachh Bharat Abhiyan, is that all the three states have not only focused on constructing toilets one after the other, but have looked and considered a larger picture of the Abhiyan that includes good waste management system, faecal sludge management and sewerage facilities.