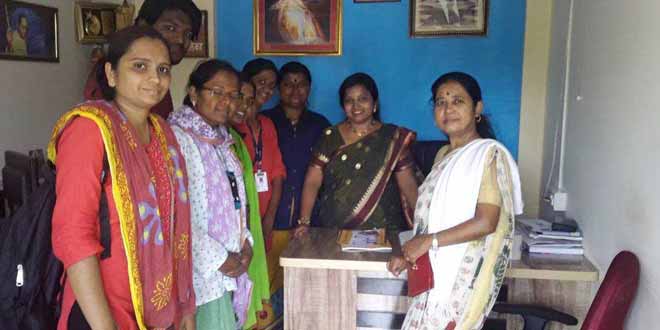 New Delhi: 45 days of intensive training, endless role plays and a strong conviction resulted  in 85 of the 152 local corporators, pledging support to the campaign on how to dispose off diapers and menstrual waste. Started by SWaCH (Solid Waste Collection and Handling) in collaboration with the Pune Municipal Corporation and Kagad Kach Patra Kashtakari Panchayat, a waste-pickers union, the campaign aims to spread awareness on ways to dispose sanitary waste in more than 5 lakh households of Pune.

Ever since the citywide campaign was launched in March by PMC Commissioner, Kunal Kumar awareness about wrapping sanitary waste in a paper and marking it with a red dot was raised in multiple ways. From releasing Public Service Announcement videos, doing plays to organising training workshops in various parts of the city, SWaCH is trying to  gradually bring about a change with regard to treating the sanitary waste, “When citizens wrap diapers and sanitary pads we are protected. By marking it we know not to open the package,” said Mangal Jadhav a waste-picker living in Patil Estate.

A month and half back, SWaCH members including the waste pickers decided to get a firm political support to address the mounting yet silent problem of improper disposal of menstrual waste by Pune citizens which posed serious health issues for the waste pickers.

But before approaching the officials, 1,500 waste pickers were given an intense training on how to present the cause of red dot campaign says Malati Gadgil, Activist at KKPKP. “We had role plays, where we asked the waste pickers to explain the entire cause. Many times, the corporators do not get the time to read these appeals, hence we taught the waste pickers to read. For nearly a month and half aggressive training was imparted to these waste pickers,” adds Ms Gadgil.

After nearly a month, the corporators signed a pledge which read We will support the implementation of the plan (to wrap and mark sanitary waste) and will also aid SWaCH in outreach and awareness programs about the red dot campaign.

The first lady of the city, Mayor Mukta Tilak attentively listened to the presentation done by Suman More, a chairperson of SWaCH, also a waste picker. She not only signed the letter but also made an appeal to all the citizens to ensure they securely wrap and mark their sanitary waste. A confident Ms More now aims to target 100 per cent segregation of menstrual waste and plans to visit every society and showcase this letter to every citizen who refuses to segregate this waste.

This is a step towards restoring dignity to waste picking and better recycling. I appeal to all citizens to support this effort urged Sidharth Dhende, Deputy-Mayor.

Like Ms More, her counterparts have also secured letters from their respective corporators. Over 400 waste pickers will carry this signed letter and spread awareness on the red dot campaign. “Maybe one day the manufacturers of these products will realise the amount of this waste and do something about it” Ms More added. 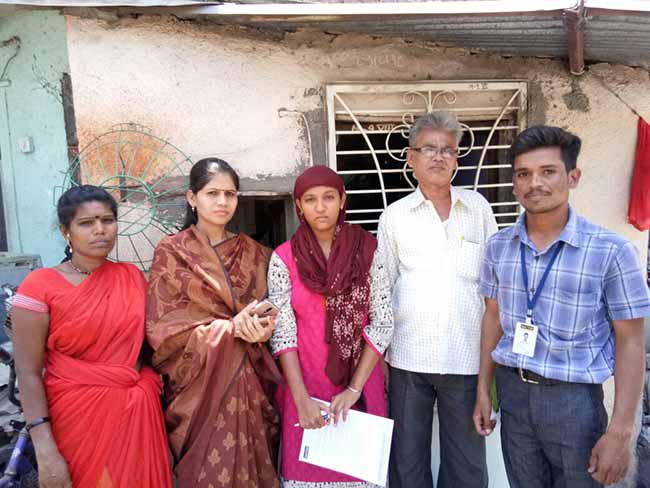 Ms Gadgil believes that a support from local government will make a huge difference in the mindset of the people living not only in Pune but also across India, “The corporators will help us take this message forward to MLAs and MPs who will in turn become our voices and educate people about this massive problem.”

To upscale the movement, the SWaCH team has appealed to the local government to showcase their 30 second film in theatres right before any movie commences. The short film is on how a simple red dot on menstrual waste can significantly address the problem of sanitary waste and can change a sanitation worker’s life, said Ms Gadgil.

In Pictures: Highlights Of The 12-Hour Banega Swachh India Cleanathon