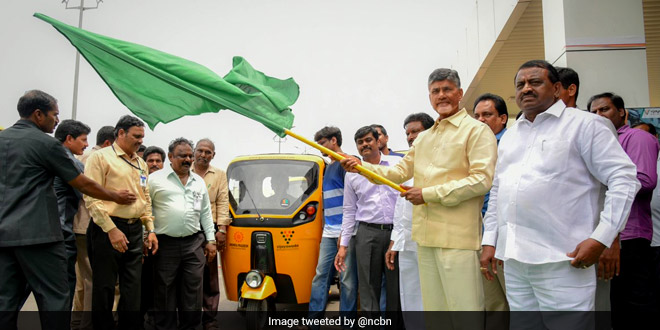 New Delhi: In last few years, waste management in India has become a vital issue in every region of the country – from densely populated cities to rural communities – and the government is taking every step possible under the Swachh Bharat Abhiyan to the solve garbage crisis. While technology has already made inroads to India’s cleanliness mission (Swachhta App, Google Toilet Locator, Swachhta Helpline), state governments are relentlessly taking efforts to introduce technology in every possible area through waste management chain. In a first, the Andhra Pradesh government has adopted a smart way to collect and dispose of waste.

On July 12, Chief Minister, N Chandrababu Naidu launched 10 electric waste disposal vehicles in the city of Vijayawada in the first phase. The vehicles which are supplied by an electric vehicle manufacturing start-up, Gayam Motor Works, are pollution free. It is equipped with advanced hydraulic disposal system which means that they are battery operated and do not require diesel or petrol to run on. “Once charged, these vehicles can cover upto 60-70 kilometres and can run for four hours at a stretch,” said M Gopi Naik, Chief Medical Officer, Vijayawada Municipal Corporation (VMC). 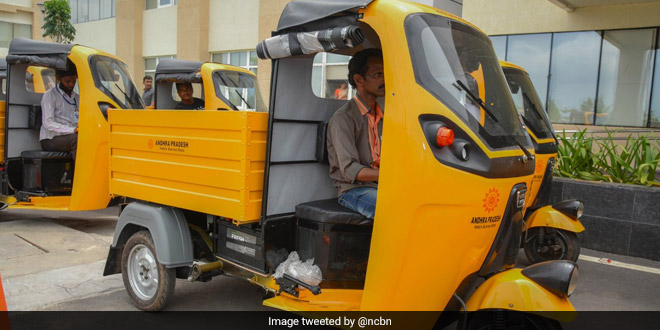 These vehicles, which are easier and faster to drive, will collect waste from door-to-door in commercial areas. The same will be implemented in all 59 wards of the city in the next phase. The 10 vehicles are connected with mobile and cloud-connected system, “The city’s waste management system can now be monitored from a single location by officials at VMC. Our fleet of electric vehicles communicates real-time status to actionable web-based software. Communities benefit from optimised and streamlined operations, beautified public spaces and reduced carbon footprint.” said Mr J Nivas, Commissioner of Vijayawada Municipal Corporation.

When asked about the arrangement of waste segregation, Mr Gopi said that since the new innovative vehicles are introduced as a pilot project, there are no internal compartments for dry and wet garbage, “To address this issue, we will either deploy two separate vehicles for collecting dry and wet waste or will be integrate the provision of internal compartments in the next phase.”

With the integration of new generation Internet of Things (IoT) technology, civic authorities can also track various activities like identifying the waste pick up points and monitoring vehicle routes.

With each vehicle costing upto 1.8 lakhs and the maintenance or running cost being merely 50 paise per kilometre these vehicles are highlycost effective.

Besides being financially profitable, these vehicles are environment friendly as well. Since the vehicles have eliminated the usage of diesel, there’ll be zero greenhouse gas emissions. It is estimated that if all municipal vehicles of the state which are more than 5,000 are replaced with e-autos then as much as 2,00,000 tonnes of carbon emissions can be reduced. Hence the state government has considered scaling up the project by introducing these vehicles in other civic bodies as well.