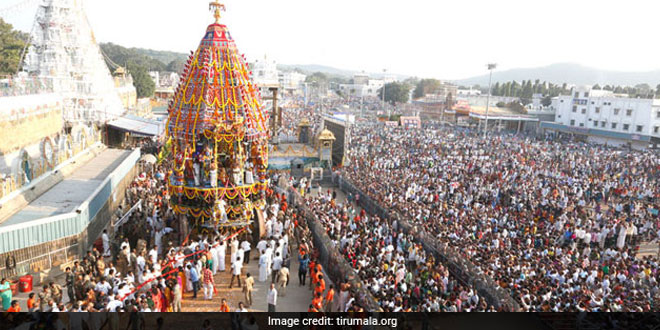 Out of 350 vehicles, 50 cars will be used by TTD officials in Tirumala. Speaking to NDTV about this big green step, M Kamalakar Babu, Managing Director Of New and Renewable Energy Development Corporation of Andhra Pradesh Limited (NREDCAP) said,

What we have done is that we have signed an agreement with the Energy Efficiency Services Ltd (EESL), we will be hiring electric vehicles that cost Rs 11 lakh from them on a monthly basis. Instead of paying them the full amount in one go, we will pay EESL Rs 20,000 per vehicle per month and give another Rs 20,000 per month to the departments concerned to pay for the driver and maintenance costs. Basically, EESL is acting like a bank for us, instead of money, they are helping us with electrical vehicles.

Mr Babu said that in six years’ time, the ownership of the vehicles will transfer to the state government.

Along with this, the government will also be providing special training to the hired drivers on the use of batteries and gears in the new vehicle.

The electrical cars can run for about 120km on a full charge. The cars can be fully charged in 90 minutes using a DC charger, while via an AC charger it requires six hours.

Highlighting the charging stations implementation plans, Mr Babu added, “Currently, as a first step, we are in a process of setting up charging stations within the Tirupati temple and municipal areas, soon we will involve other places.”

The benefits of electric cars are numerous over conventional petrol/diesel cars. Firstly, the electric cars are 100 percent eco-friendly as they run on electrically powered engines, as a result, it does not emit toxic gases or smoke in the environment. Secondly, the electric cars have much lower running costs and are definitely cheaper to maintain as there is in a traditional combustion engine there are hundreds of moving parts which requires maintenance every now and then, whereas an electric motor has fewer than 20 and requires a lot less care.