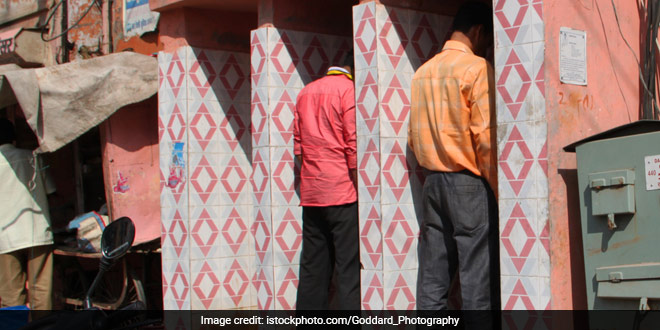 New Delhi: “Andhra Pradesh becomes the first large state in the country to be declared as Open Defecation Free. We are now working towards achieving the ODF+ status”, said Andhra Pradesh Chief Minister N Chandrababu Naidu on June 7 while declaring the state free from the age old practice of open defecation. As per the data available on Union government portal, Andhra Pradesh’s rural sanitation coverage was mere 35.84 per cent in 2014, before the start of Clean India Mission. In four years, the state has not only achieved open defecation free (ODF) status before its deadline of October 2018, but has also initiated ODF plus activities. ODF plus activities refers to total sanitation in terms of solid waste management, improved sewerage lines, storm water drains and pucca cement roads, in addition to open defecation free status.

AP becomes the First Large State in the Country to be declared as Open Defecation Free. We are now working towards achieving the ODF+ status. #ODFstate

According to the baseline survey done in 2012, 71.03 (71,03,000) lakh individual household toilets were required. When Prime Minister Narendra Modi launched Swachh Bharat Abhiyan on October 2, 2014, Andhra’s sanitation coverage was 35.84 per cent which means some households have constructed toilets on their own. So, in 2014 we set the target of constructing 40 lakh toilets.

Urban areas of Andhra Pradesh were declared ODF on October 2016 only; the challenge was then to declare the rural part ODF. Talking about the difficulties the Swachh Andhra Corporation faced, K Suresh Babu said,

To overcome this issue, the swachhta team was accompanied by a doctor and experts who used to enlighten citizens on the importance of having a toilet. Doctors used to explain to them it in monetary terms – the amount of money spent on medicines every year because of the diseases caused due to open defecation.

Apart from this, around 2-2.5 lakh houses didn’t have enough space to construct a toilet. For them we constructed public and community toilets, tells K Suresh Babu.

Construction of toilets is one thing and ensuring that individuals make use of them is another. To ensure that toilets are being used, the corporation has formed a vigilance team that does regular monitoring. Along with this, to avoid instances of open defecation, the corporation has initiated a unique name and shame policy under which the violator’s name and photo will get pasted on the wall.

The corporation also has a policy of fining violators. The amount of fine depend from offence to offence, but usually it ranges from Rs. 100 – Rs. 500.

ODF Plus: The Way Forward

After achieving the ODF status, the citizens are now geared up to achieve ODF Plus by December 2018. For the same, numerous ODF Plus activities are being carried out- Solid Waste Management (SWM) activities 6have been initiated in 12,918 gram panchayats across the state. Under Liquid Waste Management (LWM), underground drainage/ oval shaped closed drains/ soak pits are being constructed on population basis. 21 lighthouse projects are under consideration for GOBAR-Dhan scheme.

Andhra Pradesh continues to shine in Swachh Survekshan – an annual assessment that ranks cities on the basis of swachh quotient and cleanliness. This year, in the Swachh Survekshan 2018, Andhra Pradesh’s Vijayawada was given the title of ‘India’s Best Cleanest City’ under population category of more than 10 lakh. Tirupati was awarded for ‘Best City in Solid Waste Management’ under the population category of 1 to 3 lakh.

Since the launch of the Swachh Bharat Abhiyan in 2014, total sanitation coverage in India has increased from 38.70 per cent to 85.01 per cent with 7,40,89,710 individual household toilets constructed. Along with this, 17 state and Union Territories have become open defecation free and government is confident about raising this number to 25 by October 2018.

Plastic Is Choking Our Oceans, Animals And Planet, Says Actor Sonam Kapoor With An Appeal To Beat Plastic Pollution