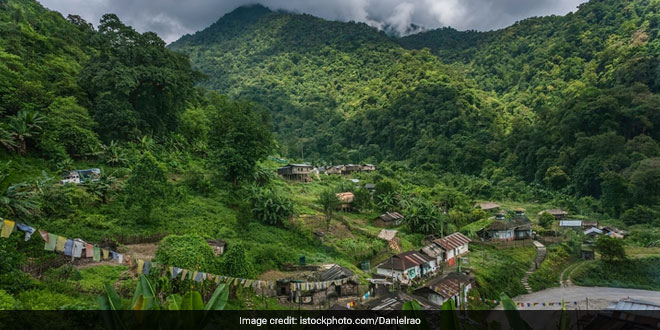 New Delhi: Chief Minister Pema Khandu launched the Swachh Surevkshan Grameen (2018) in Arunachal Pradesh, a national survey that has been launched by the Union Ministry of Drinking Water and Sanitation on July 13 this year to assess the status of cleanliness in states and districts across India. Speaking at the launch occasion, CM Pema Khandu said,

Our government had allocated an amount of Rs 30 crore for carrying forward the Swachh Bharat Abhiyan (SBA) activities in the state. I am sure this year, Arunachal Pradesh ranking would improve.

He further added that he is confident that the state will be able to achieve the status of Open Defecation Free (ODF) well in advance of the deadline of December 31, 2018.

Launched today #SwachhSurvekshanGrameen2018 in the state, a survey of rural cleanliness programme to rank all districts and states on the basis of qualitative and quantitative evaluation. @PMOIndia @swachhbharat pic.twitter.com/tAQYfnWbRI

All About Swachh Survekshan Grameen 2018

This year, Swachh Survekshan Grameen will cover 6,800 villages in 680 districts across the country and 34,000 public places in these villages.

The parameters to assess the cleanliness will be similar to Swachh Survekshan (Urban) – there will be district-level surveys of public places like schools, Anganwadis, primary health care centres, markets and panchayats, interviews of sarpanch and other dignitaries of the villages would be conducted to know the ground reality of the village.

Survekshan will also assess the level of facilities available in the villages such as use geotagging of toilets, toilet with waste management systems and 35 per cent marks will depend on this.

Along with this, citizens’ feedback will also be taken into the account during the survey. It is being expected that the Ministry will take feedback from 50 lakh citizens during the course of the Swachh Survekshan Grameen 2018. Moreover, feedback, group discussions will also be held in village meetings which would be shared with the Government of India through mobile applications.