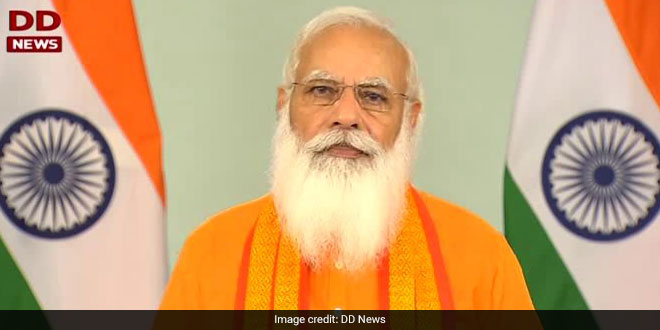 New Delhi: India along with the world is celebrating the International Yoga Day 2021 on Monday (June 21). Yoga is an ancient practice that is said to have originated in India and helps in maintaining physical and mental well-being, according to the Ministry of Ayush. The practice of yoga has gained more importance over the past one and a half year due to the COVID-19 pandemic. Keeping this in consideration, the theme for International Yoga Day 2021 has been decided by the UN to be ‘Yoga for well-being’. In the country, the Yoga Day celebrations are being led by Prime Minister Narendra Modi who addressed the lead event for the day.

Here are some of the quotes from PM Modi’s speech on the occasion of International Yoga Day:

Also Read: International Yoga Day 2021: Here Is All You Need To Know

International Yoga Day 2021: Here Is All You Need To Know