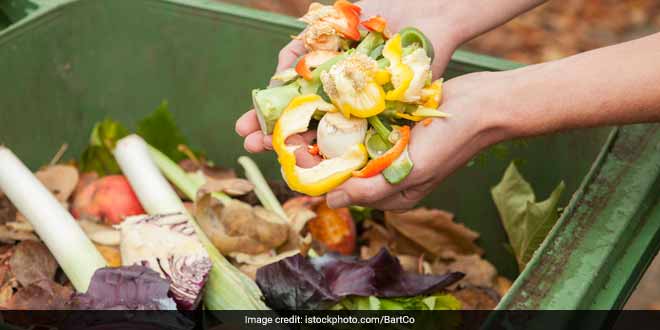 New Delhi: The Brihanmumbai Municipal Corporation (BMC) earlier this month notified all the housing and commercial societies in Mumbai to process its wet waste failing which one will be held responsible under the Solid Waste Management (SWM) Rules 2016. The move comes in at a time when the financial hub is generating nearly 9,400 tonnes of trash per day and is running out of space to discard its waste. Though the SWM rule say that residents must segregate their waste, the BMC has failed to process the waste and eventually everything is dumped in one of the three landfills – Deonar, Mulund and Kanjur Marg.

BMC has directed every housing/commercial society to process wet waste by vermi composting or by organic waste convertor (OWC) within their own premises. It is mandatory for large societies having an area more than 20,000 square metre or any housing society generating more than 100 kilos of waste per day to provide OWC unit or by any other means stated for converting wet waste into manure in their own premises, reads the notice.

As per the notice, citizens can opt from any method of composting including culture composting, vermi composting, organic waste convertor (OWC), bio-methanisation or any suitable scientific method. By October 2, large complexes having an area of more than 20,000 square metre or any housing society generating more than 100 kilos of waste per day must have an OWC or any other means of composting for converting wet garbage into manure in their own premises.

It shall be noted that it is mandatory for all housing and commercial societies to process wet waste into manure, failing which refuse vehicle services for collection of wet waste from your premises will be stopped from October 2, 2017, and responsibility of any hazards will be of your society which please note, the notice adds.

How Feasible Is Composting In Mumbai, Citizens Speak

Being the world’s second most densely populated city, shrinking spaces is a huge problem that stands in the way of waste management. With practically no open spaces available, installing OWC within premises is a concern raised by most of the citizens.

BMC so far been managing the garbage collection and now how come they expect the city to suddenly install these costly waste processors without defining any best practices and composting guidelines. Even if one wish to, it has lot of labour dependency and reoccurring cost, says Nitesh Jadhav.

He further raises concerns about the implementation process carried out by individual households, “Even a simple composting process requires 3-4 times of stirring every day and a failure to do so will only rotten the organic waste. In a fast paced lifestyle like ours, no one has the time to regularly take up composting process and if it is not maintained properly it’s a huge health risk.” Mr Jadhav, who is working towards implementing 100% source segregation in his area, believes that composting is not something that can be implemented by everyone at such a short notice, “On paper the entire plan looks attractive, but as a lay man one can goof up the process. The civic body must facilitate, hire or appoint professional groups or NGOs that are willing to own this task.”

Raising a similar concern, Dr Vani Kulhalli, an active member of Swachh Parle Abhiyan, a local waste management group, says the BMC needs to be an intermediator, “Merely sending out a circular won’t help, it needs to conduct awareness lessons and teach people how to compost.” She also points out the several problems that can arise especially during monsoon season, “Organic waste can easily become a breeding ground for fruit flies and other insects in this season.”

Every house generates nearly 1 kilo of wet waste daily, if a citizen can’t manage this much of waste, how can we expect the BMC to manage 1000 tonnes of waste? It is just a mental block that citizens have when it comes to storing waste at home. It is high time Mumbaikars start following ‘My Garbage, My Responsibility’ mantra says Shrikant Kanetkar, who has mastered the art of composting in last one year.

Speaking on the issue of composting in commercial buildings, Kunti Oza, Chairperson of Clean Mumbai Foundation hopes that this is not just another piece of notice that goes unheard, “A help from BMC is certainly expected. People are ready but things like investments, maintenance cost of these waste processors needs to be addressed.” Ms Oza’s foundation is actively working towards reducing waste generation in one of the city’s posh commercial areas – Mittal Chambers located at Nariman Point.

While some housing societies are skeptical about the move, many buildings have already started to process its wet waste. One such building is Oberoi Equisite, a highrise in Goregaon East, which is converting all its wet garbage (nearly 500 kilos) into manure daily, “We have two composting plants and all the wet waste generated from 800 plus flats get processed. We started this process 7 months back and it has only made our building greener,” says Rajeev Shandilya.

It is estimated that a family of four can reduce their waste generation to less than 100 kilos from 1000 kilos annually, if it starts practicing segregation, recycling and composting on a daily basis. Imagine 90 per cent of waste in Mumbai fading overnight by adopting a simple art of composting!

Also Read:  From Garbage To Garden: Learn The Art Of Composting At Home