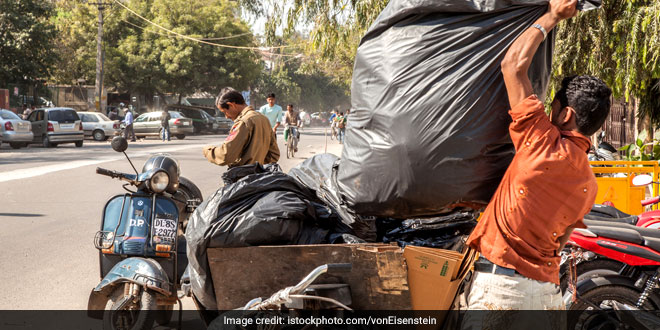 The Swachh Bharat Abhiyan’s performance after nearly three years has been a mixed one, especially if we take into account the individual performance of states. While states like Madhya Pradesh and Chhattisgarh have done well in implementing the mission’s objectives across both rural and urban spaces, many others haven’t fared so well. Uttar Pradesh’s performance has been dismal at best, as both rural and urban areas of the state have underperformed. In Swachh Survekshan 2017, a list of 434 cities ranked on the parameters of cleanliness, waste management and toilet construction, 50 cities from Uttar Pradesh ranked in the bottom 100. Meerut, which ranked 336 in the rankings is now speeding up its Swachhta initiatives by taking inspiration from Chhattisgarh’s Ambikarpur, which has a functional waste management model.

Ambikapur has been designated as Chhattisgarh’s cleanest city with zero dumping yards, 90 per cent segregation of waste and generation of Rs 13 lakhs per month through recycling. In May 2016, Ambikapur converted its 15-acre landfill into a Sanitation Awareness Park and formally declared itself as a zero waste city. For Meerut, Ambikapur is definitely a good example to take inspiration from. For a city of 141 square kilometers, Meerut bore the brunt of poor waste management for several years. In January 2016, the National Green Tribunal had issued a notice to the state government of Uttar Pradesh on the heaps of garbage lying astray in the city, and the lack of a proper drainage system in the city.

When the Swachh Survekshan rankings were released, we did not fare well. There are several problems related to management of waste in the city and the practice of segregation has not caught up at all with the residents. Waste segregation is one of the primary practices that we will follow, taking inspiration from the Ambikapur model, said Manoj Kumar, Municipal Commissioner, Meerut Municipal Corporation.

The plan was discussed in early July 2017 by the Divisional Commissioner’s Office, Meerut and the Meerut Municipal Corporation. Meerut Divisional Commissioner, Dr Prabhat Kumar instructed officials from the civic body to prepare a project report which would detail the plan in terms of the course of action, related expenditure and potential dates by when the set targets could be achieved. The first focus would on waste segregation and ensuring that the city’s residents practice segregation regularly. Colour coded dustbins would be provided to citizens on behalf of the municipal corporation for them to dispose biodegradable and non-biodegradable waste. The citizens would also be charged a small amount monthly, as remuneration for sanitation workers. This would ease the financial burden on the municipal corporation, as sanitation workers’ salary would be provided from the amount collected from residents.

To ensure that the project is successful, the municipal corporation has recommended the formation of three committees. The monitoring committee overseeing the programme will be headed by the District Magistrate and monitor the progress of the programme throughout.

An awareness committee will comprise students, social workers and NGO officials who will arrange for awareness camps throughout the city for the duration of the programme. The third, an executive committee will consist of government officials as well as members from residential societies who will work together to identify area based issues and resolve them at the quickest.

If people begin to segregate waste regularly, it becomes easier for the waste collectors to collect it and dispose it in the garbage collection vehicles. By encouraging segregation, we will also begin a scope of job opportunities for unemployed people, said Mr Kumar.

To civic body has understood that adequate manpower would be required to handle the daily generation of 100 tonnes of garbage the city generates. The municipal corporation has already advertised for the post of 2,355 sanitation workers, who will be employed for garbage collection, disposal and cleaning of the city’s streets and other public spaces. Along with the employment of sanitation workers, the municipal corporation will also tie up with the NGO Swadesh Swachhta Mission to conduct a thorough inspection of the city and identify the major issues related to waste management, lack of toilets and drainage systems. The NGO will take adequate data from the municipal corporation for the programme.

The Ambikapur model is inspirational because it addresses all issues related to the problems of waste. Earlier, they had to spend Rs 12 to 15 lakhs monthly to deal with waste. Now they are generating that amount by adopting proper waste management measures. We also plan to do the same when the programme is fully implemented, said Mr Kumar.

Considering its rank of 336 out of 434 cities in Swachh Survekshan 2017, Meerut will find it difficult to revamp its waste management programme. The city’s high garbage generation rates, along with its lack of public toilets have been critical issues denting urban development. However, the municipal corporation’s efforts must be lauded for choosing the correct model of urban waste management. The civic body is hopeful of turning things around by next year, when the next round of survey inspections takes place. Meerut’s performance will be critical for the state of Uttar Pradesh and the city’s success will only be an additional boost for the state’s ambitious plan of making U.P. a cleaner and open defecation free state by October 2018.

Attention Mumbaikars! Convert Wet Waste Into Manure Or The BMC Won’t Pick Up Your Garbage