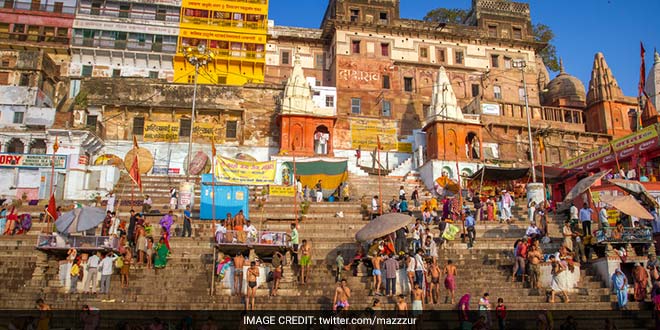 New Delhi: The Ganga rejuvenation project, which is of national importance, is being carried out by officials “who do not know” how many drains are polluting the river, the National Green Tribunal (NGT) lamented on Wednesday.

While setting up a panel to collect information on the quantum and quality of waste being released into the river, the NGT said “a project of national importance is being carried out and all authorities including center and state governments do not know how many drains are polluting Ganga.”

Taking the authorities to task, a bench headed by NGT Chairperson Justice Swatanter Kumar said “you publish books and books, but you know nothing. We are asking you about only a fifth of a river which is more than 2500 km in length. Still, you don’t have complete information.”

The observation came after the Central Pollution Control Board (CPCB) told the NGT that there were 30 main drains which
joined Ganga or its main tributaries like East Kali, Kosi and Ramganga, falling in the segment from Haridwar and Unnao.

“We are very disappointed to note that during the hearing of the case, none of the parties could inform the Tribunal as to how many drains join river Ganga.”

“We are primarily concerned with segment B of Phase-I but as domestic and industrial waste are inseparable and cannot be quantified, we have to deal with the issue of pollution of Ganga collectively. The Tribunal cannot come to a definite conclusion until the quantum and quality of sewage is brought to notice by the authorities.”

“Furthermore, providing data for control of pollution would depend on the number of drains which join Ganga. The uncertainty created reflects upon the functioning of authorities which have a statutory duty to maintain records.”

“Moreover, the officers present in the court are also unable to assist the Tribunal in this regard.”

“In these circumstances, we direct Member Secretary of CPCB, chief engineer of Uttar Pradesh Jal Nigam, senior environmental officer from UPPCB and a representative from National Mission for Clean Ganga to personally visit segment B of Phase-I of river Ganga,” the bench, which also included Justice U D Salvi, said.

The tribunal directed the panel to identify how many drains joined river Ganga and also record quantity and quality of effluents generated in the river.

It asked Ministry of Environment and Forests, CPCB, state pollution control board and Uttar Pradesh Jal Nigam to clarify their stand on zero liquid discharge (water treatment process), online monitoring of effluents and discharge of waste in drains by industries releasing contaminants in Ganga.

The hearing will continue tomorrow.

Earlier, the Tribunal had rapped Uttar Pradesh government for wasting crores of rupees of public money on Ganga rejuvenation and restrained it from spending on any major project except maintenance work on the stretch from Haridwar to Kanpur.

On December 11 last year, the tribunal had imposed a complete ban on the use of plastic of any kind from Gomukh to Haridwar along the river from February 1 and decided to slap a penalty of Rs 5,000 per day on erring hotels, dharamsalas and ashrams spewing waste into the river.