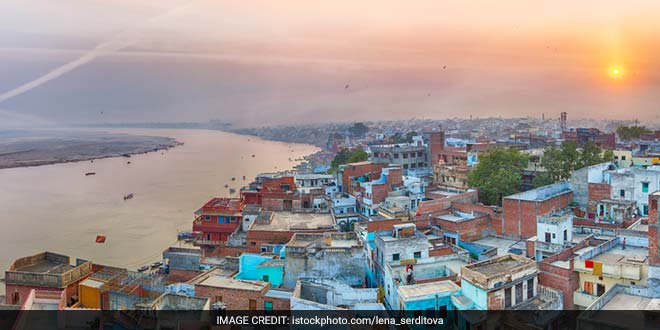 New Delhi: A “flood” of multi-storeyed buildings have been constructed on the floodplains of Ganga and Yamuna over the years without any mechanism for waste disposal, the Uttar Pradesh Pollution Control Board (UPPCB) told the National Green Tribunal (NGT) on Thursday.

The state pollution control board told the green panel that floodplains have been encroached upon in Delhi, Noida and Greater Noida to build apartments and housing societies.

The UPPCB alleged that these buildings released tonnes of solid waste and untreated water, which went directly into the rivers causing pollution, and said that those living in them should be directed to have their own sewage treatment plants (STPs).

“Over the years, there has been a flood of residential and commercial buildings along the floodplains of Yamuna and Ganga. But the sewerage capacity has not changed. Presently, they take environmental clearance (EC) and discharge their solid waste and other garbage in the sewer lines in collusion with local bodies. Local authorities take money and grant them permission to discharge all waste in the sewer lines.”

“Also, there is no site for dumping of municipal solid waste. When you plan a new residential area like Greater Noida, there must be an independent site. Whenever any colony, multi-storey building, apartment is constructed, it should be made mandatory in their EC condition that they must have their own STPs,” UPPCB told the NGT.

The hearing remained inconclusive and will continue on Friday.

The Tribunal had on Thursday lamented that the Ganga rejuvenation project, which is of national importance, was being carried out by officials “who do not know” how many drains are polluting the river.

While setting up a panel to collect information on the quantum and quality of waste being released into the river, the NGT had said “a project of national importance is being carried out and all authorities including centre and state governments do not know how many drains are polluting Ganga.”

The NGT is hearing final arguments by various authorities on the mechanism to clean the Ganga from Haridwar to Unnao.

Japan Increases Funding For Water And Sanitation In India

Authorities Clueless On How Many Drains Carry Sewage Into Ganga: NGT