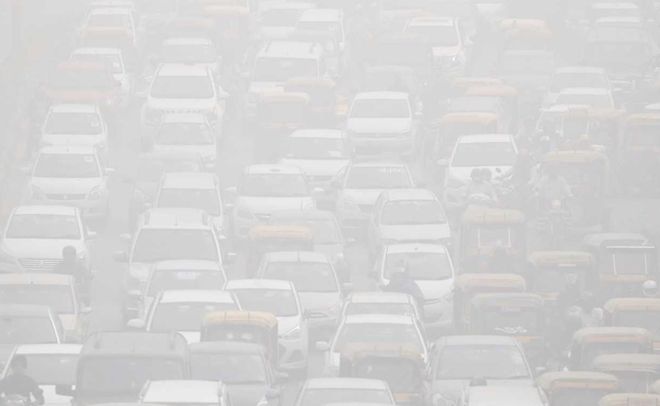 New Delhi: Is Odd-Even a viable option to tackle Delhi’s mounting air pollution problem? The questions assumes importance given the controversy that mars its roll out for the third time in Delhi since 2016. The Delhi government calls of the roll out of the third edition of the Odd-Even scheme from November 13-17 after National Green Tribunal (NGT) cleared it with crucial changes like no exemptions to two-wheelers and women under the scheme. After Delhi’s smog problem breached all levels of pollution, the Delhi government under pressure to act had announced the return of the odd-even scheme, for the third time in Delhi since last year. However, the Green Court on Friday had slammed the decision of the Delhi Government and had said that it will put a stay on the imposition of the scheme if the government failed to prove the success of the two previously implemented Odd-Even schemes in reducing pollution levels.

The odd-even scheme regulates traffic on the road to curtail vehicular pollution, by allowing cars with licence plate ending with odd numbers to ply on one day and allow those with even numbers on the next day. Delhi has tried this scheme twice before in 2016. But the crucial difference this time, post the NGT order was that two-wheelers had to comply with the odd-even rule. Two-wheelers, which make up for over 60 per cent of Delhi traffic, were exempted in the earlier two roll outs.

Also Read: Air Pollution: Not Just Limited To Delhi, Several Other Indian Cities Choking Due To Depletion In Air Quality

How Effective Is Odd-Even To Tackle Delhi’s Pollution?

Both earlier editions of the odd-even scheme did offer some immediate respite. According to the Centre Science and Environment analysis, while Odd-Even 1.0 saw the PM 2.5 the most harmful air pollutant in the air dipped from 606 in the period just before the implementation of the scheme to an PM 2.5 of 429 during the entire 15-day period when the scheme was executed from January 1 to 15, 2016. That is a dip of 40 per cent, however it is still way higher than the safe PM 2.5 level prescribed by WHO which is below 60. 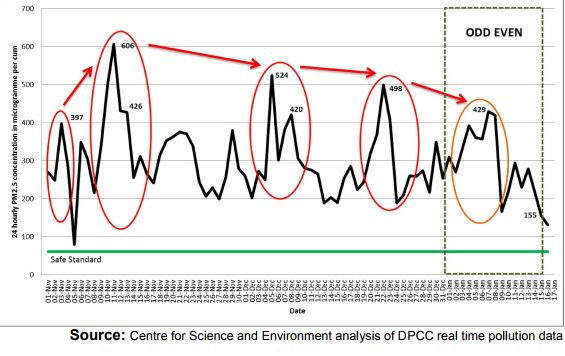 Even the Odd-Even 2.0 saw pollution levels dip by similar 40 per cent, but just the first 10 days of the scheme. PM 2.5 registered a sudden spike mid-way during the second edition of the scheme that was implemented from April 15 to April 30 for a two week period. The CSE report attributed the sudden hike in air pollution to massive crop fires in Punjab and Haryana, which are said to have started around April 19. 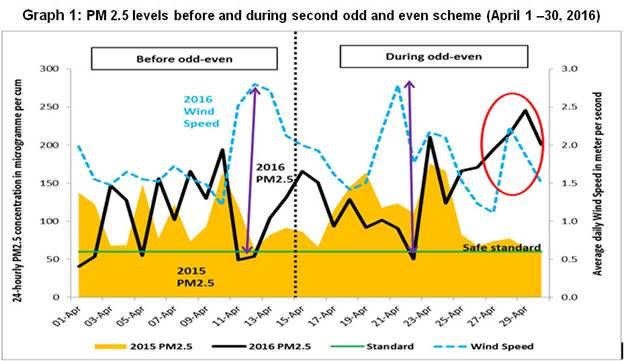 In 2015, on October 22, when Delhi observed a car free day, CSE analysed real time Air Quality, it observed that the pollution levels dropped by almost 50-60 per cent. So if you will cut down vehicles, pollution levels will automatically improve. However, you cannot go on and implement the odd-even for 3 months’ time, the solution is just not viable. So, the government will need to think of long-term solutions to control the pollution emergency. First of all, we should not be in this emergency, and if we are then these temporary solutions will not work.

To underline the temporary nature of the dent that the odd-even scheme has on pollution, one needs to look at the situation that emerges immediately after the scheme is discontinued. As per the CSE report, the last day of the first edition of odd-even on January 15, was the cleanest day of the winter 2016 as the PM2.5 levels, which is the most harmful pollutant, dropped to 155 microgram/cubic metre from 300 at the beginning of the scheme. But as soon as the scheme got over, there was more than 57 per cent jump in PM2.5 levels and settled at severe levels, well above 250 microgram/cubic metre. 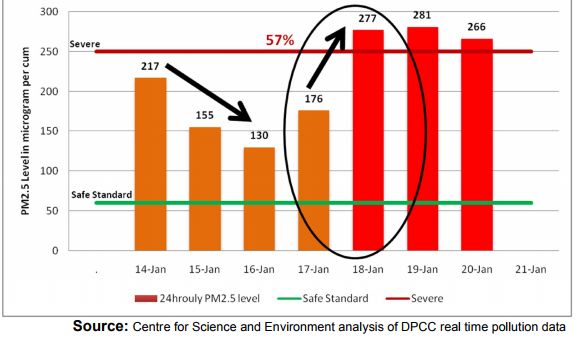 The temporary impact of Odd-Even is also borne out by another analysis done by The Energy and Resources Institute TERI, which is working in the fields of energy, environment and sustainable solution, found that the Odd-Even scheme made a significant impact on public awareness levels in the city on the issues of air pollution and its impacts on human health. And though there was a positive impact on number of cars on the road on the air quality, the Odd-Even scheme provided limited benefits. This is because the share of private cars, which were the only ones that were regulated under Odd-Even contribute only 10 per cent to Delhi’s PM2.5 levels, the remaining 90% come from two-wheelers, trucks and other vehicles, which are not covered by the current structure of the odd-even scheme. As a result, the report concludes that in winters, the Odd-Even experiment led to only 7% reduction in 24-hourly PM2.5 concentrations.

NGT in its order on Saturday also directed the government that Odd-Even scheme must be implemented in Delhi NCR as and when PM 10 crosses 300 level and PM 2.5 crosses 500.

But now the roll out of the third edition of Odd-Even gets held up as government is against the idea of including two-wheelers and women in the scope of Odd-Even and plans to go back to the Green Court for a review. The current crisis has again highlighted that till long-term sustained solutions are put in place, pollution will only get worse. As per the air quality index of the Central Pollution Control Board, Delhi’s air had a score of 487 on a scale of 500 earlier this week, indicating ‘severe’ levels of pollution, which can affect even healthy people and “seriously impact” those with existing diseases.

If We Want To Survive, We Need To Keep Our Cities Clean: Actor Varun Dhawan’s Hard Hitting Message As Delhi Chokes

Air Pollution: Not Just Limited To Delhi, Several Other Indian Cities Choking Due To Depletion In Air Quality