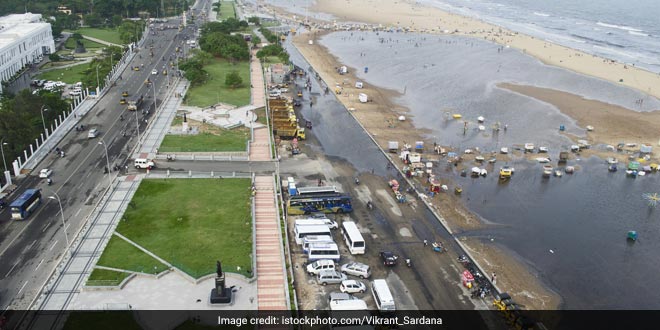 New Delhi: Cleaning India’s filthy beaches, which once seemed like an impossible task for the authorities, is now turning into reality, thanks to the efforts of the citizens. The world famous Versova beach clean-up, started by the lawyer-activist, Afroz Shah, to save the oceans from choking on plastic waste, has certainly gone down in India’s swachhta history. Inspired by the mega clean-up drive, several coastal drives have been initiated across the country. Taking a cue from these successive drives, the environment ministry recently launched a pilot project to reduce beach pollution.

In a written reply in the Lok Sabha, Minister of State for Environment and Forests Dr Mahesh Sharma announced the government’s new sanitation initiative and said that every state and Union Territory (UT) in India has been asked to nominate one beach each and fund the entire clean-up project under the Integrated Coastal Management Programme.

“With the prime objective of enhancing standards of cleanliness, upkeep and basic amenities at beaches, the ministry has launched a pilot project for beach clean-up and development, also striving for the ‘Blue Flag’ certification for such identified beaches,” the minister said. The Blue Flag is a certification by the Foundation for Environmental Education (FEE) that a beach, marina or sustainable boating tourism operator meets its stringent standards.

Under this project, all the coastal states have already nominated their respective beaches, however the final nomination list is yet to be given by the UTs including Daman and Diu, Puducherry, Lakshadweep and Andamanan and Nicobar, Dr Sharma said.

Apart from Mumbai, which witnessed a splurge in beach clean-up drives this year, other states and cities like Goa, Chennai, Puri also saw residents come forward and remove the tonnes of unattended garbage on their respective beaches. From renowned sand artist Sudarsan Pattnaik going on hunger strike to protest against the sewage water being directly discharged into the beaches and sea water of Puri, the Central Industrial Security Force (CISF) cleaning 1.5 km stretch of Mumbai’s Chowpatty beach, Goa’s attempt of cleaning the famous Baga beach through ‘Tera Mera Beach’ campaign to over 6,000 people removing 40 tonnes of garbage from 20 km stretch of Chennai’s Marina beach, the issue of beach pollution grabbed headlines throughout the year.

Year 2017 has been significant for not only for India but globally in terms of tackling beach pollution. The grim issue was highlighted by several countries, organisations like United Nations and in numerous conferences like World Economic Forum and G20 Summit. Alarmed by the humongous figure of 150 million tonnes of plastic debris in oceans, countries all over the world are coming forward and taking a pledge against tackling the marine litter.