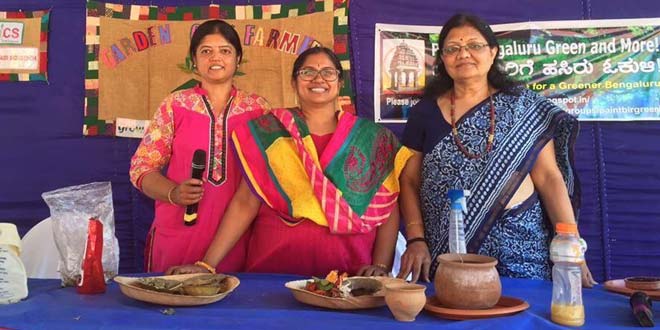 New Delhi: With Swachh Bharat Abhiyan picking up steam, municipal corporations across India’s cities are urging people to engage in composting wet waste so that the burden of carrying waste into landfills is significantly reduced. Advertisements and hoardings around cities request people to compost their waste as part of the cleanliness campaign. Composting has many advantages  and to help people know more about it, a Bengaluru based WhatsApp group can help  out with the basics. Started by an all Women team of Shubha Govindachar, Bharathi Aswath and Priya Srinivasan, they conduct 10-day tutorial classes over WhatsApp, and help people figure out the simple tricks of composting.

These three women were well-versed with the science of composting and would regularly engage in composting at home. They used the compost in their gardens. While successful in their individual composting efforts, the trio was never quite satisfied with composting solely at home. Realising that composting remained alien and complicated for many, the trio took it upon themselves to arrange for composting tutorials, via the simplest platform possible – WhatsApp. Thus was launched the group Marali Mannighe (Back to soil) and its composting tutorials.

We realised in June last year that many people were unaware of composting and thought of it to be a difficult, complicated process. We felt that via WhatsApp, we could reach a larger group of audience who can learn about composting easily and compost household waste at their convenience. As a technology, WhatsApp is simple and easy to use and we can cover a large number of people simultaneously, said Shubha Govindachar, one of the founding members of the online composting group.

The tutorial is spread over a period of 10 days. On the 8th of every month, new users are asked to register and the registration window is open for two days, following which the tutorial classes begin. The group is active in sharing PDFs, videos and PowerPoint presentations on composting on the WhatsApp group formed for a particular tutorial, which aid people learning about composting. It was in June 2017, when the first tutorial was held and approximately 50 participants became a part of the first group to learn about composting via WhatsApp. Word spread around quickly and the next batch saw over 150 participants enrolled, eager to learn about composting.

Composting is essentially simple and we help people understand the simplicity of composting. We split up the tasks between ourselves and give them essential dos and don’ts. We are teaching them aerobic composting which does not need many resources and can be done using simple items at home. If they follow the do’s and don’ts, learners can be assured of a trouble free composting experience, said Ms Govindachar.

The tutorials have quickly found popularity among users not only from India, but abroad as well as people interested in composting have enrolled in the WhatsApp tutorial groups from California, Canada and Singapore. The group’s idea to choose WhatsApp as a platform has paid off as any question asked during the tutorial is readily answered.  Apart from giving lessons on composting, one day of the tutorial’s schedule is also reserved for a session on the necessity of composting, how overflowing garbage is becoming a big urban problem and how casual disposal of garbage is a practice that needs to be stopped. 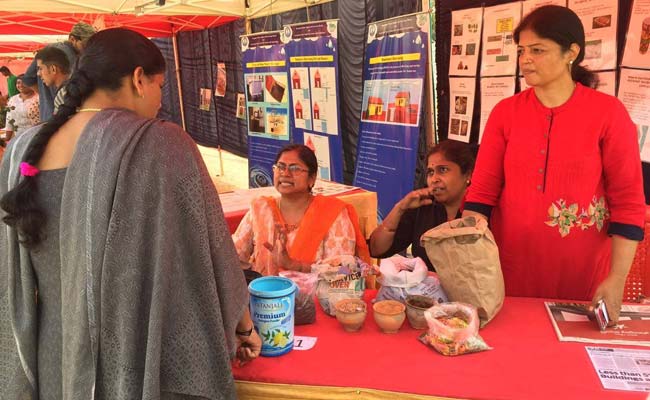 The group has also recently stepped out of its virtual tutorial centre on WhatsApp and conducted a workshop in Bengaluru. On February 10, the group held a workshop Rajarajeshwari Nagar in Bengaluru and unlike their WhatsApp sessions, communicated to the participants in Kannada to make it easier for them to understand the basics of composting.

Simplicity, in both their approach and the techniques prescribed by them has made Marali Mannighe a favourite among those eager to learn composting. The group is eager to reach out to more people in the future and help them learn the art of composting. With over 1,000 attendees in their WhatsApp tutorial sessions till date, the group is hopeful of reaching out to even bigger numbers and popularise composting.

Also Read: Composting Via WhatsApp? These Puneiites Have Taught This Simple Art To 600 Families And Still Counting