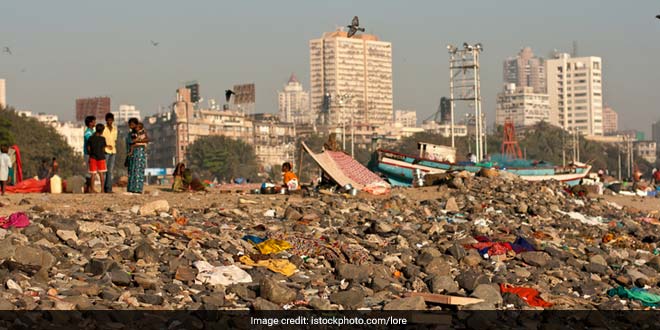 New Delhi: Ahead of Swachh Survekshan 2018, the Brihanmumbai Municipal Corporation (BMC) had some good new to share with Mumbaikars. Relentless promotion of composting wet waste seems to have finally paid off for the BMC, as Mumbai’s daily waste generation came down to 7,200 metric tonnes daily from 9,500 metric tonnes daily. The BMC has attributed the success to composting practiced by housing societies. As the amount of waste generated across the city has lessened, the BMC has decided to reduce the number of waste transportation vehicles by May 2018. 200 waste transportation vehicles are expected to stop plying post May 2018.

As per the latest data from BMC, 120 such waste transportation vehicles have already been taken off Mumbai’s streets within the first three months of 2018. By the next two months, 80 more such vehicles will be taken off roads. In total, 2,238 waste transport vehicles used to transport waste from the city to landfills, but currently the number is 2,118. The BMC’s initiative to encourage people to compost waste at their homes comes after the Bombay High Court ruled in 2016 that post 2017, no waste is to be dumped in the landfills of Mulund and Deonar, the latter being India’s oldest and largest dumping ground. Following the court orders, BMC issued a series of guidelines, especially to bulk generators of waste such as housing societies. They were asked to compost their own waste and the municipal corporation declared that it will not collect garbage from such bulk generators.

The strategy to ask bulk generators to compost their own waste seems to have paid off successfully. Big residential societies can now utilise their waste properly. More importantly, waste generated in these residential societies will be composted and used within their walls, thus absolutely negating the need for them to be carried outside, said a Solid Waste Management official from BMC.

The BMC has shortlisted nearly 3,300 bulk generators of waste in Mumbai, of which 3,256 have been issued notices and asked to compost waste. Despite stringency on behalf of the BMC, till now only 835 have complied with the composting order. Around 1,200 have asked for extension and approximately 500 are facing prosecution for non-compliance. The BMC is hopeful that those who have asked for extension will definitely comply with the order.

Many have asked for extensions, citing infrastructural problems to begin composting on such a large scale. We have decided to give them extensions of a few weeks to ensure that they comply with the order, said the BMC official.

Mumbai ranked 29 in Swachh Survekshan 2017 and the BMC is hopeful that 2018 will see betterment in terms of rankings as composting has already been taken up by many across the city and is making a noticeable difference.