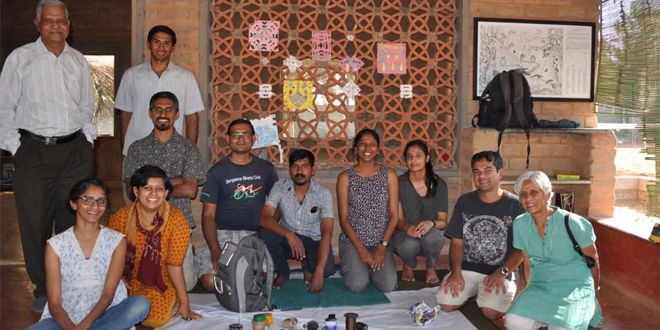 New Delhi: In a world where replacement for any product is readily and easily available, people tend to discard an item which has exhausted its shelf life. Items such as kitchen appliances, worn out clothes, household furniture and old cameras often land up on our trenching grounds. At a time when India is facing huge garbage crisis, a little repairing won’t harm. With an aim to revive the old culture of repairing and to cut down waste generation, Bengaluru’s community based Repair Café is encouraging people to reuse their items instead of spending on new ones and further adding to the load on landfills.

The sole purpose of the café is appreciating household articles and giving them a new lease of life. First cafe of this kind was started in Netherlands in 2009 and since then several such cafes have opened up in places all over the world. In 2015, two women from Bengaluru – Antara Mukherji, a graphic designer and Purna Sarkar, a human resource professional came together and started this initiative with an aim to save a few kilos of waste from making it to the landfills. 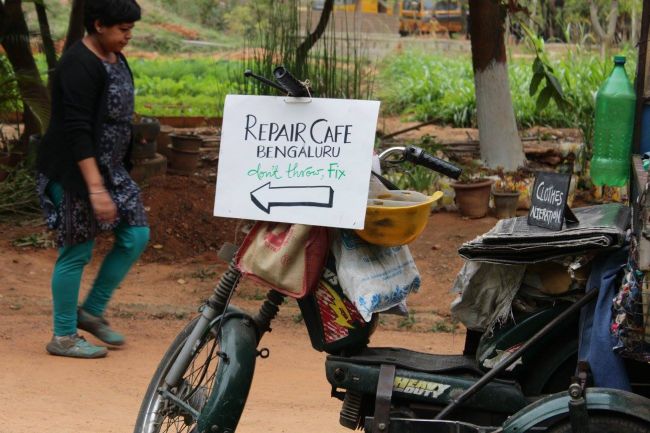 Not knowing the value of reusing things by repairing them, people do not give much thought to address their household waste and since the waste isn’t in bulk there not many option available to recycle them. It is here that the skill of repairing comes handy. Also today, most of the repairing companies or shops replace the part with a new one instead of repairing it which defeats the purpose of controlling waste generation,” says Ms Sarkar, says Ms Sarkar.

The Repair Café in Bengaluru doesn’t have a fixed physical space, it is a community based workshop conducted by a group of experts and volunteers. So far, the Bengaluru team has conducted workshops at several places including schools, Resident Welfare Associations and multiple societies. One can simply walk into the nearest workshop with anything from bags, shoes, toaster, cooker, wrist watch, blenders, and radios to vacuum cleaners and get it repaired. What makes this workshop different from the regular repairing shops is that here one can learn the art of repairing from experts. 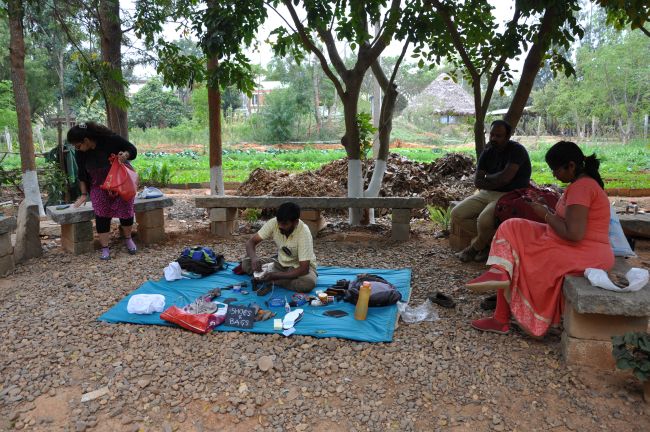 It has repaired nearly 600 items in last two years

Also Read: Embracing Technology To Tackle Waste: The Bengaluru Municipal Corporation Is Working With Apps To Ensure Better Waste Management In The City

The workshops will not charge you anything for learning the skill of repairing however it may charge you nominally for servicing and using their spare parts. One can also become a part of this café as a volunteer by first imbibing the required skills. At present the team has 8 people consisting of experts and volunteers.

The concept of ‘Do It Yourself (DIY) is trending and by conducting these workshops we are equipping people with DIY skills which can save them from spending on restoring their items. So far we have given a new life to 600 items and saved upto 1,200 kilos worth of items being turned into trash, adds Ms Sarkar. 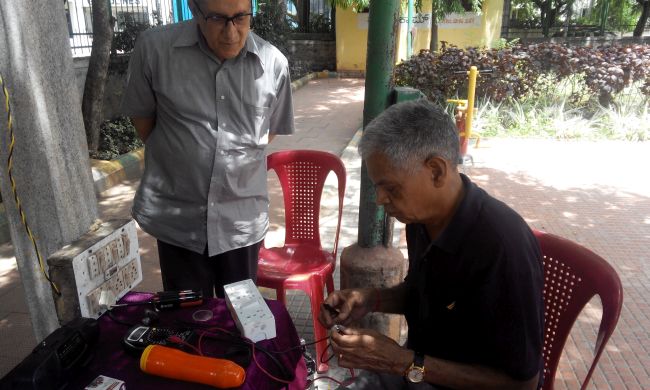 The Repair Café believes that the art of repairing is way more viable then recycling for the simple reason that when a product is recycled it consumes energy and repairing ensures a lesser environmental impact. As per the estimates given by the foundation, the workshops prevented emitting of 1200 kilos of CO2 to air simply by repair.

The Repair Café aims to scale up its activities and make children a major stakeholder in the repairing initiative, “Being agents of change, the best way to save the dying skill is to inculcate it in future generations. We have requested several schools to let us conduct training sessions of how to reuse old items,” says Ms Sarkar. 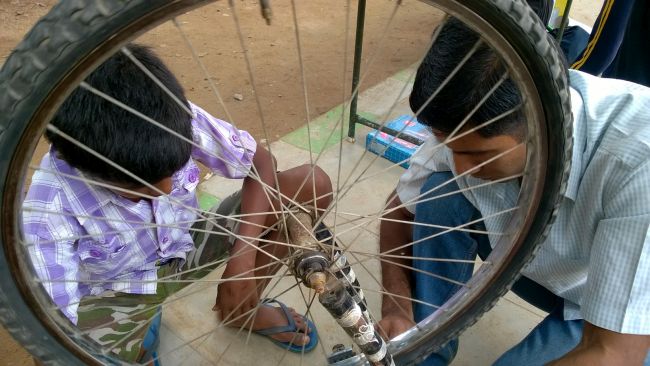 So the next time you discard an old piece of jewellry or your bicycle think of ways to revive them and help India cut down its waste. Methods like recycling, composting or upcycling waste may not come handy or may not be easy to implement in everyday life, but a simple act of repairing can surely come to your rescue!

As Its Sole Landfill Runs Out Of Life, Kolkata’s Civic Body Announces Tax Benefits For People Who Segregate Waste

Embracing Technology To Tackle Waste: The Bengaluru Municipal Corporation Is Testing Apps To Ensure Better Waste Management In The City