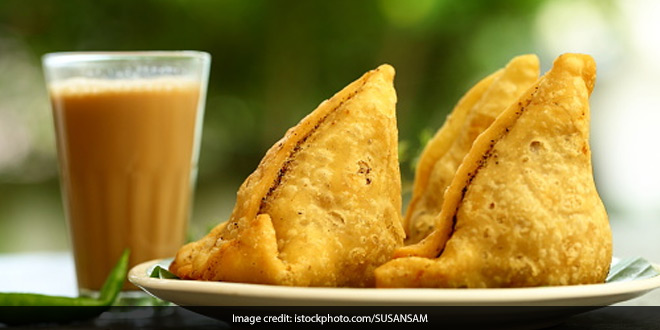 New Delhi: To tackle plastic pollution and make the tribal-dominated Dahod district in Gujarat plastic-free, a unique café has been set-up earlier this week. The small café is the first café in the district and runs on a special scheme – ‘bring one kilogram of plastic waste, get snacks free. Bring half a kilogram OF plastic waste, get tea free.’ Talking about the initiative, Deputy District Development Officer N P Patanwadiya said, “The ‘plastic cafe’ has been set up in front of the Dahod tehsil panchayat as part of the Centre’s ‘Swachh Bharat Abhiyan’. With this unique café, we want to make our district free from plastic waste crisis.”

Another unique thing about this café is that the snacks are being prepared by women under the Gujarat government’s ‘Sakhi Mandal’ scheme which aims to empower women in rural areas. Through this café, we are providing employment opportunities to these women.

Mr Patanwadiya also said that from the day the café has been set up in the district it has collected a sizable amount of plastic waste which will soon be sent for effective recycling.

Earlier all the plastic waste that was being generated within the district was being managed carelessly. Now, with a plastic café in place, we aim to manage it effectively. The café is more like a collection point where everyone will deposit the plastic waste, to attract more customers, we have simply introduced a scheme wherein, we will be providing free goodies that are snacks, which will change every day and tea.

Not just Dahod district, elsewhere in the state too the battle against plastic pollution is being taken up in earnest. In 2018, the state government with assistance from the Gujarat Pollution Control Board, began to work closely with industries that generated large amounts of plastic waste, and introduced them to the concept of ‘‘co-processing of waste”, which refers to the use of waste materials in industrial processes or the use of waste as a substitute for primary fuel or raw material.

In 2019, Gujarat’s Ahmedabad started installing plastic waste vending recycling units that take away people’s plastic bottles and in return gave back something like money vouchers to the users.

Recently, Gujarat’s famous Statue of Unity (SoU) at Kevadiya has also announced its plan to go plastic-free. The forest department will be introducing glass water bottles inside the premises of the tourist spot, to shun the use of plastic bottles completely.

Also Read: Made Out Of Recycled Cardboard, This Mumbai Café Has A Message For The Environment In An Out Of The Box Way