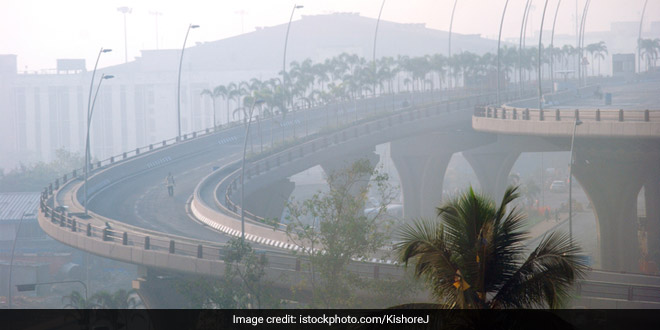 New Delhi: “To tackle the burgeoning problem of air pollution, I propose to provide an amount of ₹ 2,217 crores for 42 urban centres with a million-plus population in this budget,” Union Finance Minister Nirmala Sitaraman said on February 1, as she announced the budget for the financial year of 2021.

The budget’s primary focus in the environment sector remains clean air this year, with its objectives spanning across ministries and sectors, from National Clean Air Programme (NCAP) under the Ministry of Environment, Forest and Climate Change to the ministries of Power, New and Renewable Energy and Urban Affairs.

Union Finance Minister Nirmala Sitharaman, in her budget speech, allocated Rs 2,869.93 crore for the Environment Ministry, out of which Rs 470 crore were allotted to control pollution. This sum is 10 crores more than the last budget. It is in addition to the Rs 2,217 crore amount that the Finance Minister has announced for combating air pollution in 42 urban centres.

The Rs 470 crore for “Control of Pollution” includes financial assistance provided to pollution control Boards/Committees and funding to National Clean Air Programme (NCAP), which was launched in January 2019.

Furthermore, Ms Sitharaman has also introduced a scrapping policy for old vehicles. Under this policy, vehicles will undergo a fitness test in automated fitness centres after 20 years for personal vehicles and 15 years for commercial vehicles.

Mr Gadkari who will be announcing the details of Scrappage Policy in 15 days said in a press briefing,

There are more than 1 crore old vehicles that need to be scrapped. Such vehicles are causing air pollution. These vehicles use outdated technology which consumes more fuel and emit pollutants about 10-12 times more than fit vehicles. There will be a reduction in vehicular air pollution by 25-30 per cent due to the scrappage policy.

When it comes to indoor pollution, the FM announced that Ujjwala scheme will be extended to 1 crore more beneficiaries and 100 more cities will get gas pipelines.

The highly popular scheme has benefited over 1.46 crore Below Poverty Line families in Uttar Pradesh, 88 lakh in West Bengal, 85 lakh in Bihar, 71 lakh in Madhya Pradesh and 63 lakh in Rajasthan, as per the latest government data.

Vivek Adhia, India Country Director for the Institute for Sustainable Communities tells NDTV that Union Budget 2021 lays out clear directions for green, rapid and resilient recovery with a significant boost in infrastructure investments and reform measures. He said,

Continued outlay on the clean air program coupled with a boost in sustainable transport measures and vehicle scrappage policy in place, will help improve urban air quality across most regions.

Avinash Chanchal, Senior Campaigner (Climate and Energy), Greenpeace India points out that the budget hasn’t clearly shown how the allocated funds for clean air initiatives will be utilised. He told NDTV,

The government has allocated 2,217 crores to tackle air pollution in 42 urban cities and introduced a voluntary vehicle scrapping policy.  But it isn’t clear how the allocated 2,217 crores funds would be utilised to resolve the pollution crisis. In the previous budget, the government had announced 4,400 crores for clean air but there is no information on the public platform on how this fund was utilised.

On the other hand, the Budget document mentions that under “Control of Pollution”’ a total of 470 crores allocated for FY 2021-22. This includes providing financial assistance to Pollution Control Boards/Committees, funding to National Clean Air Programme (NCAP), mentions budget document. There are 122 cities presently under NCAP and the allocation for it is merely around 470 crore, which is clearly not enough.

According to Greenpeace India’s annual Airpocalypse report 2020, 231 cities out of 287 cities had PM10 levels exceeding the 60 µg/m3 limits, prescribed under National Ambient Air Quality Standards (NAAQS) by Central Pollution Control Board, implying that all these cities/towns belong to the non-attainment list.

The NCAP needs to include all these polluted cities. This would require an increased  budget allocation for tackling the ‘pollution control’. This is alarming given the fact that total budgetary allocations for Ministry of Environment, Forest and Climate Change (MoEF&CC) have also been reduced this year by 230.07crores, he said.

The total budget allocated for the ministry this year is 2869.96 crores while last year it was 3,100 crore.

The reduction in the budget for MoEF&CC implies that a number of environmental measures could be slowed down or halted, Mr Chanchal added.

He also lauded the new scheme, which will be launched at a cost of Rs 18,000 crores, to support augmentation of public bus transport services.

Now the concerned authority should also ensure these buses should be fuelled by clean energy. This will strengthen the public transport system in cities. But to stop the spread of the (corona)virus, it’s important to provide clear guidance for safety and implement sanitation measures like cleaning regimes; issuing PPEs to drivers and staff; mandating face coverings for passengers; and increasing trips to account for limiting the number of passengers per ride, Mr Chanchal said.

Executive Director, Research and Advocacy at the Centre for Science and Environment, Anumita Roy Chowdhury, tells NDTV that it is encouraging to see continued focus on funding for clean air action in million-plus cities. However, she also highlighted the need to explain how the money allocated is being used. Ms Chowdhury said,

Going forward, we need a performance-based budget with clear indicators on where the money is being spent to ensure verifiable air quality gains.

When it comes to the additional proposals by the government like the scrappage policy, Ms Chowdhury said,

The budget has additionally put a spotlight on several critical strategies including scrappage of old vehicles, augmentation of public transport, and waste management, that need to be leveraged for green recovery. But the effectiveness of these strategies will depend on the policy design and that needs urgent attention to make a difference.

Mr Chanchal from Greenpeace India also highlighted that the Finance minister’s statement that the government will provide an additional capital infusion of Rs 1,000 crores to Solar Energy Corporation of India and Rs 1,500 crores to Indian Renewable Energy Development Agency.

Anubha Aggarwal, Associate Analyst, Legal Initiative for Forest and Environment (LIFE), expresses her concern over the missing mention of rural areas in the clean air initiatives. She told NDTV,

On first glance, the air pollution budget may look positive in terms of allocation of funds. However, granting funds explicitly only to urban centres unfortunately leaves the false impression that air pollution is an urban concern and not so much a rural one. As of today, half or more than half of the population in India resides in areas where the level air pollutants exceed National Ambient Air Quality Standard. Given the fact that the blame for air pollution is often put on rural areas, it is surprising there is no focus on pollution emanating from rural India. Also, the bulk of industrial and mining activities take place in areas that cannot be categorised as urban.

Ms Aggarwal also highlights that the amount allocated is insufficient to ‘even set up one continuous air quality monitoring (CAAQM) station for all the cities in India (which are 4,000) with each CAAQM costing Rs 1 crore.’

Thus, even all urban centres will not be covered, leave alone rural areas, she said.

IIT Kanpur’s  Professor S N Tripathi, who is also the Coordinator, National Knowledge Network, NCAP says that
the Budget 2021, by making provisions of RS 2,200 crores in urban centres has strengthened the National Clean Air Program to achieve clean air goals in these cities. He explains,

The additional impetus will come from technology and innovation under newly formed National Research Foundation, in the area of air pollution monitoring, mitigation and purification. There are comprehensive performance assessment protocols being created that will be linked to grants. Additionally a system for imparting capacities and providing continuous training to ULB personnel, State Pollution Control Board officials and Institutes of Repute so that can collectively and collaboratively work to ensure its implementation on ground. Institutes of Research, consist of IITs, NITs and national labs and universities which are formed as part of National Knowledge Network under NCAP.