New Delhi: Benefits of plants and their importance to our planet’s health range from them being source of food, air and now may be even clean rivers, lakes and seas. Various studies have proved that few species of plants have the ability to purify waste water, Canna Indica being one of them. Karnataka’s Udupi district comprising 158 Gram Panchayats (GPs) will soon bring an alternative to sewage treatment plants (STPs) and treat the waste water in a natural way by planting Canna Indica mother beds across the district. Under the Swachh Udupi Mission, Udupi Zilla Panchayat set up its first Canna indica plantation mother bed at the nursery of the Department of Horticulture on September 5 in Manipal. 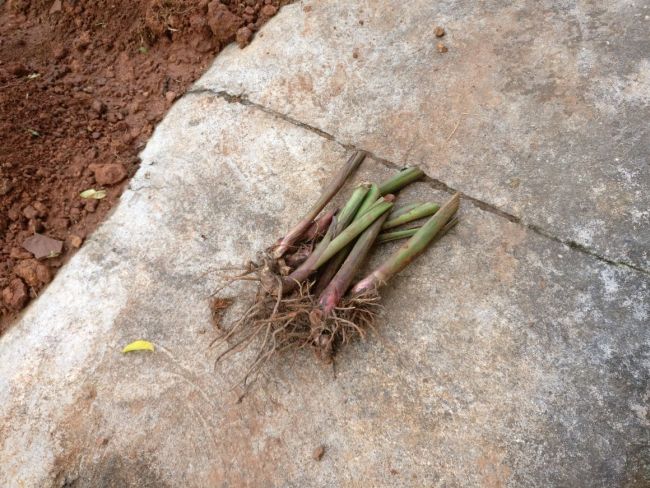 After giving training to officials from the GPs, the canna indica will be planted inside the drainage system. The grey water (bath water, wash basin water and washing machine run-off water) will be discarded into the pipes that are connected to the drains. As the water will pass through the plant, it will get purified by action of canna roots. Nitrates and phosphates present in sewage water are absorbed by the plant. The plants serve as an alternative to STPs in areas where there is lack of space or a financial crunch, explains District Magistrate Priyanka Mary Francis. 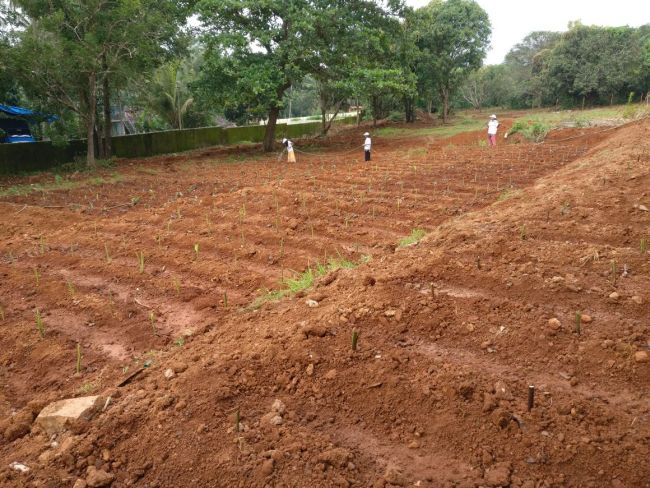 500 saplings of Canna Indica are planted in Manipal

The inorganic compounds in waste water act as a nutrient for plants and hence they are consumed under aerobic conditions. The treated water will then be flushed back into household pipes which can be used for plantation purposes. The civic body has asked every family in the district to start banana plantations around their houses, “The treated water will be used to develop banana plantations and this is in turn will generate revenue for every household,” adds Ms Francis.

T.M. Vijay Bhaskar, Additional Chief Secretary, Rural Development and Panchayat Raj Department who inaugurated the mother bed nursery hinted towards a possibility of replicating this model across Karnataka depending upon the success of the project.

Under the ‘Solid and Liquid Resource Management’ initiative, the district aims to transfer zero waste to its trenching grounds thereby getting rid of its landfills by next year in October said Mr Bhaskar. Following the government’s appeal of segregating waste at source, majority of the residents in Udupi are separating their dry and wet waste, however it gets mixed by the time it ends up on landfills, “We haven’t yet got the mechanisms to separately treat the dry and wet waste. However once we sort out the methods to be adopted we plan to send all the dry waste for recycling to local vendors and the wet waste will be composted either through vermi-composting or bio-digesters,” says Ms Francis. 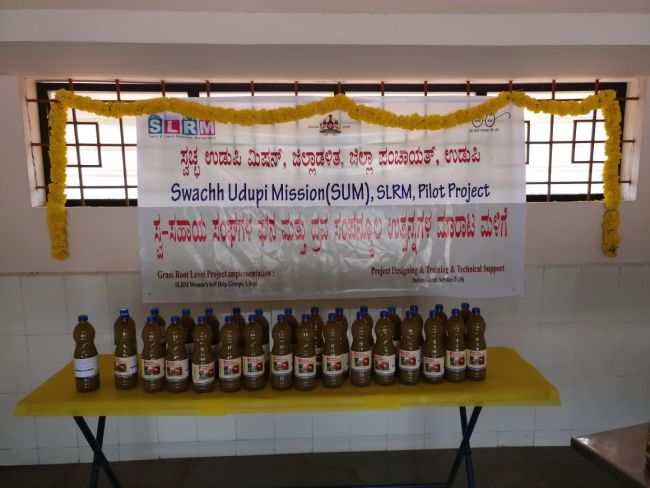 Under the Swachh Udupi Mission, the district aims to get rid of its landfill by October next year

Last month the district implemented the ‘Green Protocol’ initiative in commercial buildings and areas banning all kinds of plastics including PET bottles, plastic cups and polythene. After getting inspired from the Green weddings in Kerala, where plastic cups, spoons and plates were replaced with Eco-friendly alternatives, the officials had asked all the residents to follow the same. A few days back the district witnessed its first green wedding says Ms Francis.

Ms Francis believes that problem of waste management is a huge problem in Udupi and due to lack of land space available building solid waste management units in the region isn’t feasible. Hence treating garbage as a resource and not as waste can considerably reduce the crisis, she says.

Also Read: No Dumping: Udupi District Aims To Get Rid Of Its Landfill Through Zero Waste Policy