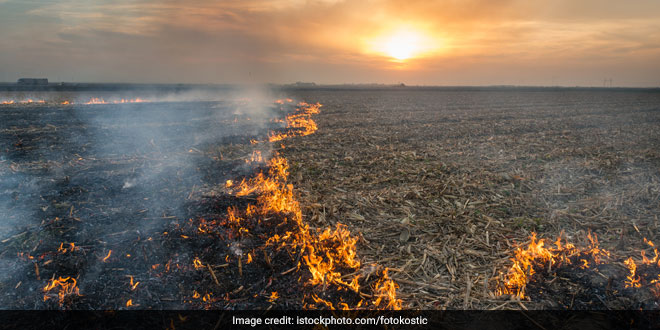 Chandigarh: Punjab Chief Minister Amarinder Singh today said his government was committed to implementing the National Green Tribunal (NGT) ban on stubble burning, but could not afford to compensate the farmers for paddy residue management. He ruled out penalisation of the farmers, saying they were already under extreme economic distress. Further action against them may lead to suicides, the chief minister added.
The central government needs to step in and agree to the state’s demand for Rs. 100 per quintal to be incorporated in the paddy minimum support price as compensation for stubble management, he added.

Mr. Singh also accused the Aam Aadmi Party of “misleading people” with “false accusations” about the state government harassing farmers. The AAP had yesterday alleged that the Congress government was harassing farmers in Punjab in the guise of stopping stubble burning.

To a question on cabinet expansion, the chief minister said he would undertake the same after discussions with All India Congress Committee (AICC) vice president Rahul Gandhi.

On farm loan waiver, Mr. Singh said the state government had sought the Centre’s permission to enhance cash credit limit but if the same does not come through it would make its own arrangements for implementing loan waiver.

If Delhiites Don’t Celebrate Diwali Cracker Free, Then The City Will Choke. Here’s Why