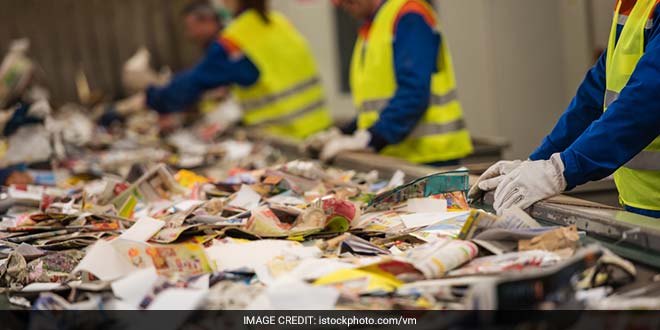 New Delhi: East Delhi Municipal Corporation has tied up with an NGO Chintan to implement a zero waste management plan in Delhi’s Vasundhara Enclave. The aim is to make it a model colony for others to follow, as India moves towards realising its dream of a swachh future. Vasundhara Enclave is a residential area located in East Delhi covering an area of 6 kilometers, with a population of 50,000. It has 46 housing societies with around 5,522 houses. Approximately 6 metric tons (MT) of waste is generated every day which comprises 40% dry waste and 60% wet waste.

Thumb rule for a Zero Waste Colony is,  collect garbage from individuals’ home, then segregate the waste into wet waste, dry waste and E-waste. Once segregated then make maximum use of the waste collected so that the garbage reaching the landfills is minimised. 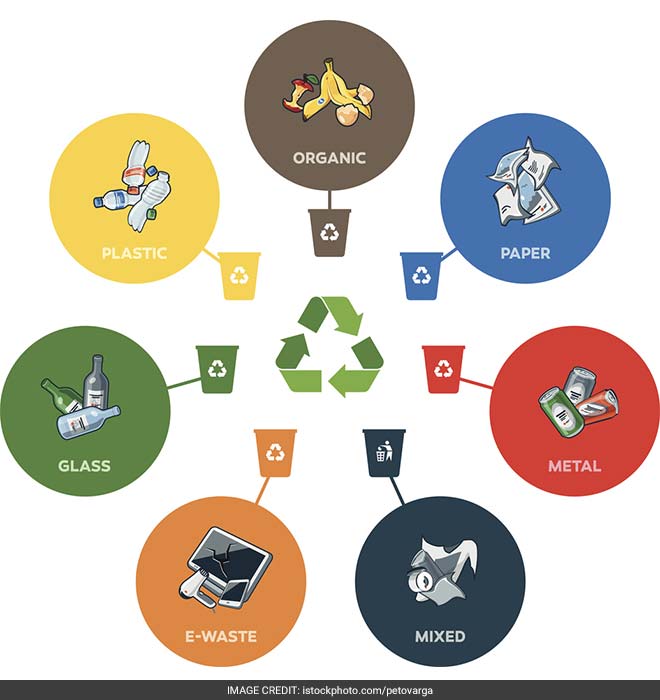 Also Read: Getting It Right: What We Can Learn From These Cities About Managing Waste

We plan to launch the pilot project in Vasundhara Enclave and Preet Vihar, if the experiment goes successful then we will plan to incorporate zero waste colonies everywhere, says Chitra Mukherjee, Head of Programmes, Operations at Chintan.

Also Read: Delhi To Get A New Waste-To-Energy Plant

The three landfills here namely — South Delhi’s Okhla, East Delhi’s Ghazipur and North Delhi’s Bhalaswa are all simply overflowing with garbage and these have long crossed their threshold limit. The permissible upper limit for dumping garbage at a landfill is approximately 15 to 20 metres, the sites at Okhla, Ghazipur and Bhalswa have crossed 40 metres for now. Not only that, these landfills have been around for over 20 to 30 years, and are currently overstretched with over 330 lakh tonnes of garbage.

The Ghazipur landfill site that came up in 1984, is the oldest of the three landfills and it caters to the waste generated in East and North East Delhi, Old Delhi, Paharganj zone and the entire New Delhi areas. The Bhalaswa landfill caters to the North, North West, Central and West Delhi areas while the Okhla landfill receives municipal waste from areas in South, South East and South West Delhi. The main problem is that currently whatever waste is being generated is being collected without any segregation.

So, to fight this and reduce the load of garbage from the landfill, NGO Chintan and East Delhi Municipal Corporation decided to come up with a plan of Zero Waste Colony.

What we plan to do here is help create awareness about waste segregation and why it is important on a day-to-day basis. We have also identified few rag pickers in the colony who will help in segregation of waste and take it to a material recovery facility, a specialized plant that receives, separates and prepares recyclable materials (MRF) – we have identified that place here at the colony itself, added Chitra Mukherjee.

To make sure e-waste is not mixed up with solid waste and recycled as per new E-waste Management Rules, 2016, we as an organization will also initiate an e-waste collection drive with the help of RWAs, added Chitra Mukherjee.

Experts suggest that at least 50% of the waste generated in a city can be turned into compost and 30% can be recycled. According to them, only 20% should reach the landfills. 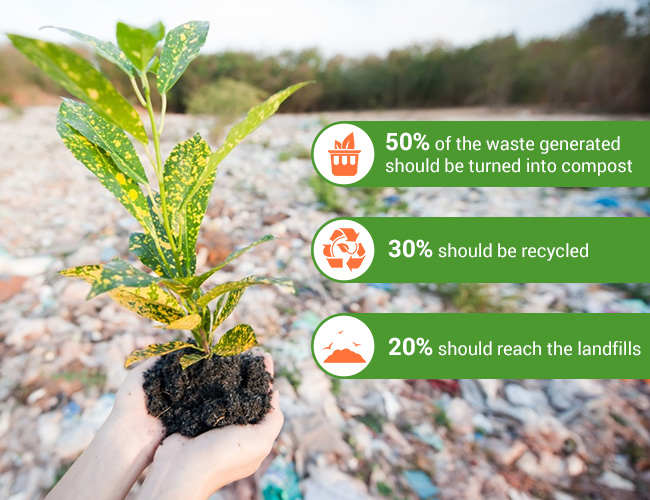 5 Countries That Have Revolutionised The Way They Tackle Waste