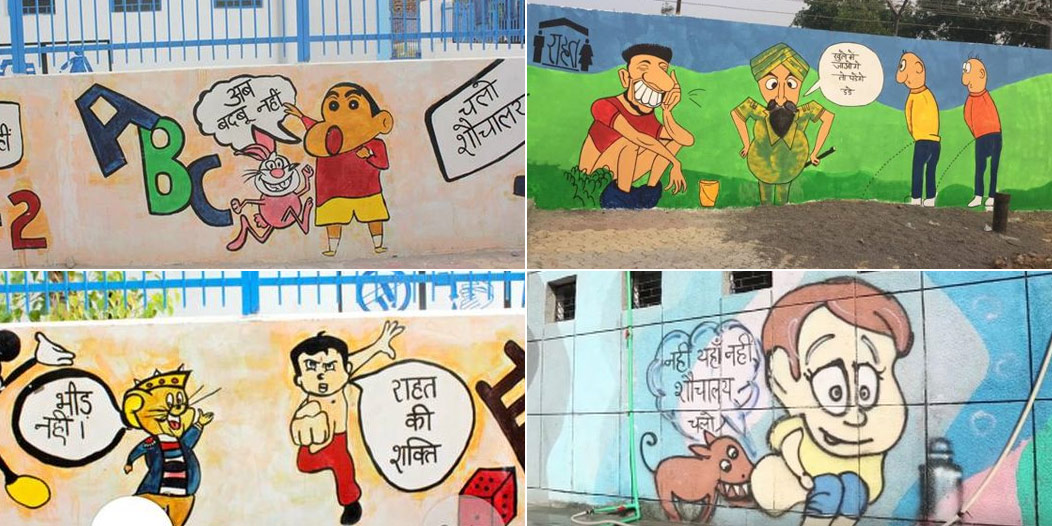 The true dream of Swachh Bharat can only be realised when its children embrace the message and intent of the campaign. According to the Swachhta Status Report in 2015, more than half of the rural population (52.1 per cent) of the country still defecates in the open. And over 68,000 children die every year from diarrhoea caused by unsafe water and poor sanitation in India. Keeping this grim reality in mind, few students of Shaheed Sukhdev College of Business Studies (SSCBS) in New Delhi, came up with an innovative idea – Teach children living in the slums the importance of health and hygiene.

Also Read: This American Woman Is Changing Lives In Rural India, One Toilet At A Time

These students have already been working on various clean-up projects like cleaning toilets complexes in the slums. As part of project ‘Raahat’ they took over four toilet complexes in the slums of Sultanpuri and Kirti Nagar in New Delhi. First, they cleaned the toilet complexes there and then completely revamped the area with colourful cartoon strips. Apart from renovating the complexes, the project volunteers also educated the slum-dwellers about the hazards of open defecation. The end result of these efforts has seen instances of open defecation reduce from whopping 95% to 3% in Sultanpuri.

We have taken 2 villages for now in Delhi, as our aim is big we plan to cover the mission slowly but effectively, says Aanisha Belur, Associate, Project Raahat.

Now, this motivated bunch of Swachh Warriors is trying to woo children to underline the importance of proper sanitation and hygiene practices. They have opted for an innovative way to do this. Deploy the power of cartoons to drive home the message – ‘Why say no to open defecation?’

Here’s our pick of the best cartoons that these students have come up with:

1. When Shin Chan says ‘Use Toilets’ children listen! This one reads, “Now no stench. Let’s use the toilet.” 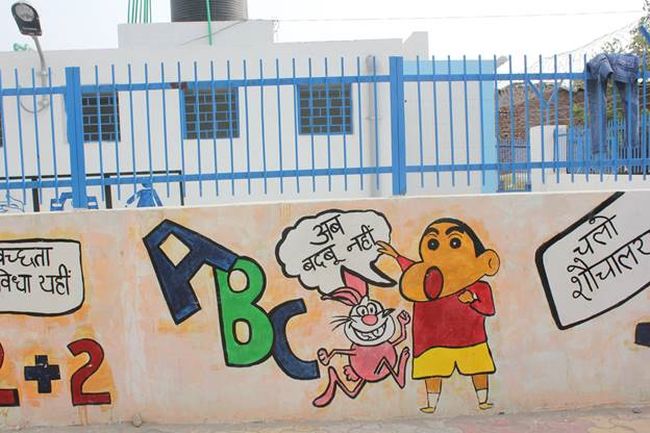 2. Because sometimes the stick works better than words, this one says, ‘Khule Mein Jaoge Toh Padenge Dande!’ ((If you defecate in the open then face the stick)) 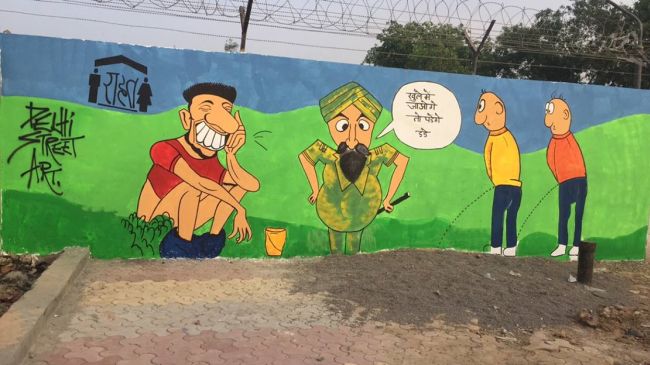 3. Ouch! Here’s another reason for you to use the toilet.

4 When Mickey meets the superhero – Raahat!