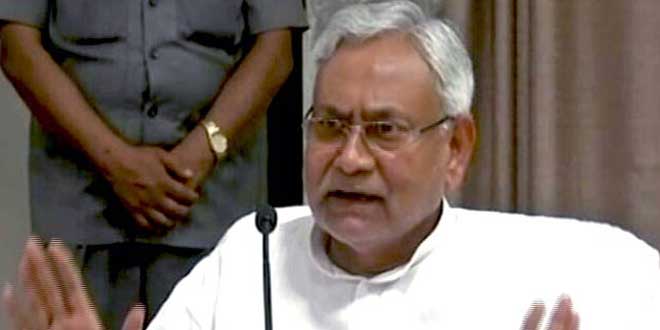 New Delhi: Bihar Chief Minister Nitish Kumar said on May 18 that Ganga river can never be clean until its water flows unhindered and that can be done only if the Centre comes out with an effective de-silting policy.

With the Narendra Modi government giving top priority to its mission to clean the river, Chief Minister Kumar said huge deposit of silt has stopped its natural flow, causing floods and it must be removed to restore its health.

He was speaking at an event which was attended by conservationists and former environment minister and Congress leader Jairam Ramesh.

Chief Minister also reiterated his demand to the Centre to decommission the Farakka barrage, saying it causes floods in Bihar every year by depositing heavy silt.

A poor state like Bihar has had to spend over ₹ 1,058 crore to take preventive measures in the last five years, he added.