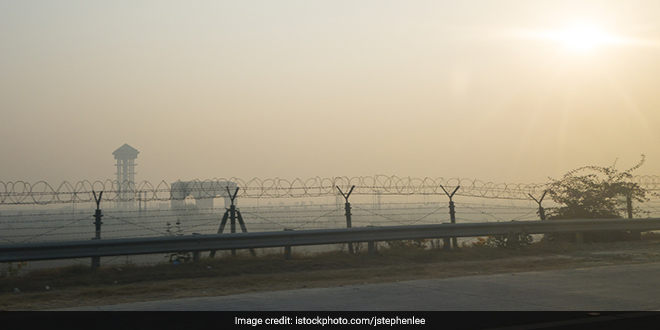 New Delhi: The crisis that is air pollution is a national concern, with major Indian states and cities reporting poor air quality, some throughout the air. The air pollution crisis in Delhi-NCR has consistently received attention and coverage, often plummeting similar or worse air pollution conditions in other cities. The Ministry of Environment and Forests has prepared a draft of the National Clean Air Programme that no longer limits the Centre’s focus to Delhi, and widens it to 100 cities across India where air pollution is an equally crucial problem. On March 9, the Ministry of Environment assured the Supreme Court that the plan will be finalised within four weeks.

94 cities have been identified by the Central Pollution Control Board which are guilty of flouting particulate matter norms. Termed as ‘non-attainment’ cities, these cities lack quality air monitoring networks and often feature in the list of India’s most polluted cities. The Centre is aiming to ensure that all such cities meet national air quality standards. Manual air quality networks are absent in most Indian cities. Presently, there are only 680 manual air quality network monitoring stations across 40 cities in India. The Centre aims to expand the number of stations to 1,000, in order to get better information on the status of air in India’s major cities. 50 air quality monitoring stations will also come up in rural areas as many rural areas across India suffer from sever air pollution, resulting from stubble burning and burning of firewood.

The Centre plans that across all 100 cities, air pollution action plans will be in place. These will be responsible for identifying the sources of pollution and pinpoint necessary measures to be taken to reduce air pollution. Actions plans have been submitted to the CPCB by 51 cities and the rest are scheduled to submit their plans soon.

Health problems stemming out of air pollution are not new to India, and are only getting worse as air pollution is taking over major cities. The lack of proper data on air pollution across the country is only hindering the government’s measures to fight air pollution. But the recent air pollution crisis across north India was seen as an emergency by the government and since then, measures are being taken to avoid such a large scale air pollution mishap. The Union Minister for Environment Dr Harsh Vardhan will form an apex committee, and a steering committee consisting of the secretary of the Ministry will also be formed to take the action against national air pollution further.

PM Modi Lauds Varanasi’s Kachra Mahotsav, Says It Is A Symbol Of Nation Moving From Waste To Wealth