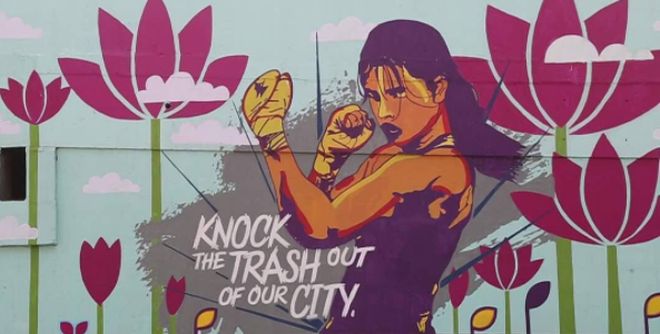 Usually, in India, walls in public spaces are decorated with dirty red paan stains and corners are treated as local urinals. To fight this, a creative Swachh Bharat initiative Chakachak Mumbai project has been started by a television company in cooperation with the Brihanmumbai Municipal Corporation. Together they are breathing life into Mumbai’s drab walls and community toilets, one at a time. The motive is simple – to make people aware about Swachhta in Mumbai and to change the mindset of people about Public toilets in the city which is commonly referred to as unattractive and filthy.

The artworks designed represent the cultural diversity of Mumbai – From famous Bollywood stars to local trains, and the city’s original inhabitants, the creation is slowly making an effort to kick-start behaviour change communication among people – Stop littering, keep the surrounding clean, use public toilets, stop open urination, public toilets are good to use are some of the messages being carried on the walls of the city.

BMC will take charge of the cleanliness activities in the public toilets and will also provide water and electricity connections. Under Chakachak Mumbai around 11 toilets have been renovated in slum pockets of Andheri East and an awareness campaign has begun which aims to tell the community about the benefits of good sanitation practices.

Also Read: ‘Deewar’ Poster Is Not The First Time Swachh Bharat Got A Bollywood Twist

Here’s a look into some of the inspiring work done in order to make Mumbai Swachh:

1. Believe it or not, this is what public toilets look after the swachh makeover! 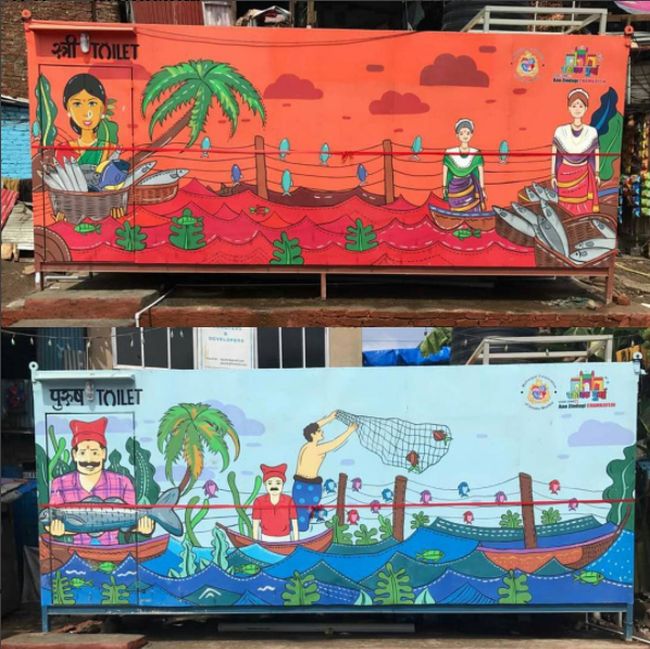 3. The need of the hour is to change our lifestyle – Make #SwachhIndia a habit 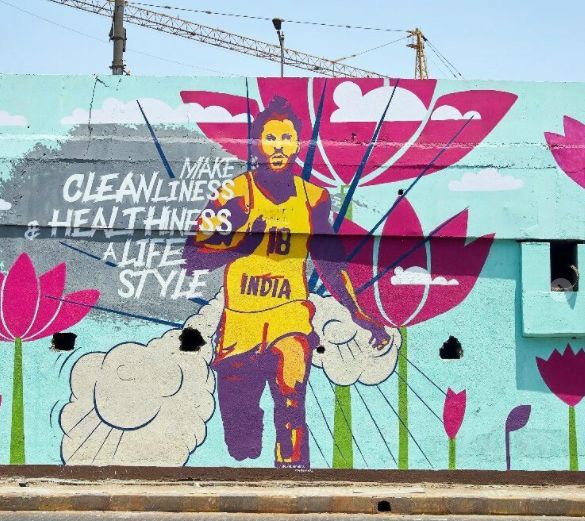 4. ‘Motu-Patlu’ returns, this time with a swachhta message! 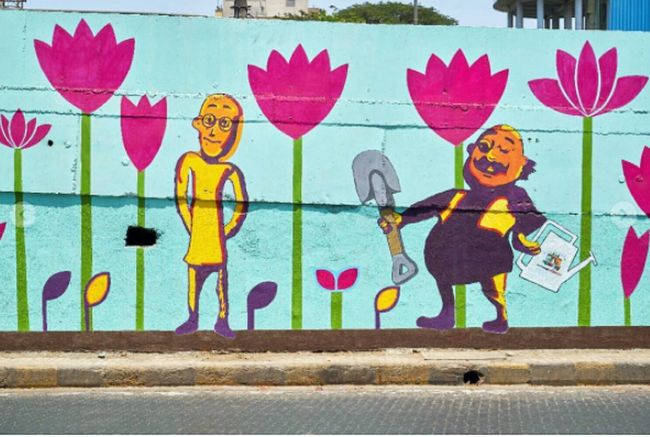 These efforts are being made by the city in order to improve city’s rank in the next Swachh Survekshan. In the recently held swachh rankings, Mumbai was ranked 29th, in 2016, the mega city was at number 10th. The reason behind the bad performance was mainly because of cleanliness.

BMC has also roped in actor Salman Khan in its Swachh Bharat Abhiyan campaign to make the city 100% clean and Open Defecation Free.