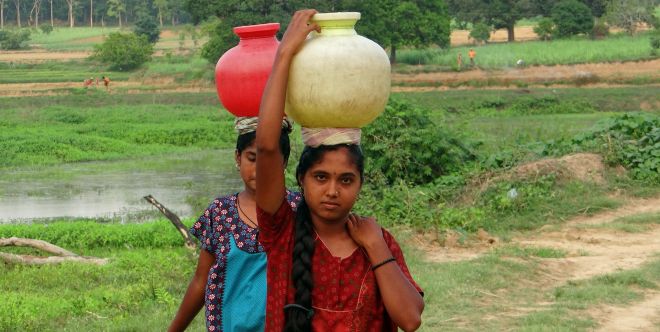 New Delhi: Mahatma Gandhi launched the Champaran Satyagraha over a century ago, on April 10, 1917, with a motive to improve the condition of people in Bihar by giving them basic necessities like education, skill development, women empowerment and right to cleanliness. This year, April 10 will mark the end of the centenary year celebrations of the Champaran Satyagraha, and is going to be celebrated through a week-long campaign “Satyagraha se Swachhagraha” from April 3 to April 10. The movement will be attended by 20,000 swachhagrahis (sanitation motivators) for a week along with Prime Minister Narendra Modi who will join the concluding ceremony of Champaran Satyagraha on April 10.

More than 10,000 swachhagrahis are from different parts of the country, they have been invited to Bihar for a week, to join and work with 10,000 swachhagrahis from the state to trigger behaviour change throughout the 38 districts of Bihar and build momentum of the jan andolan. From constructing toilets to clean-up drives and going door-to-door to educate people on why they should construct a toilet at home, the swachhagrahis for a week will do it all.

The efforts are also being made to make Champaran open-defecation free (ODF) by 10 April.

The Prime Minister’s message to Swachhagrahis will be a tribute to Bapu (Mahatma Gandhi) from the land of Champaran, especially on the occasion of the concluding ceremony of Satyagraha centenary celebrations,” said East Champaran District Magistrate Raman Kumar.

More than 55% households in East Champaran have been declared ODF till date. We are making efforts to achieve 100 per cent ODF status by 10 April .

During the concluding ceremony, the Government of India will also award swachhagrahis who have done outstanding work in their villages. It is expected that all chief ministers and senior officials will join the event.

A tent city is being erected to accommodate the Swachhagrahis from other states. It will have boarding and toilet facilities. This is the first time a programme of such a huge magnitude is being organised in a small town (like Motihari), Raman Kumar added.