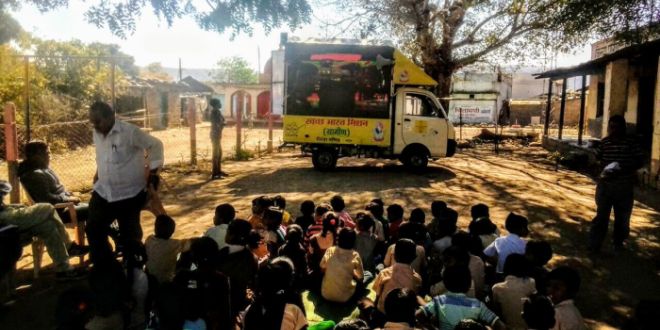 New Delhi: The Nanded district of Marathwada region in Maharashtra, which is also home to the ‘holy city’ Nanded (conferred holy city due to the presence of Takht Sri Hazur Sahib, one of the five Takhts of Sikh religion), has recently been declared open defecation free. Spread over 10,620 square kilometers, Nanded district’s sanitation coverage was mere 21 percent in October 2014, when Prime Minister Narendra Modi launched the Swachh Bharat Abhiyan campaign. Over the years, the district has successfully managed to eradicate open defecation with the construction of over four lakh (4,10,002) individual household toilets in 1,304 Gram Panchayats (1,536 villages). Of the four lakh toilets, over 1.9 lakh toilets (roughly 47 percent) were constructed in 2017-18. And this achievement can be attributed to a series of campaigns carried out under the Nanded Mission Mode Series.

In the district, where open defecation was rampant, the officials launched a concept of Nanded’s ‘Mission Mode Series’ where different missions were planned, launched, implemented and monitored – and the expected outcome being behavioral change, quality and sustainability. As part of this concept, the district officials selected the gram panchayats (GPs), based on a certain amount of toilets that were required to make it open defecation free. Post the selection, the officials completely focused on these GPs to motivate the people to construct toilets at home and end the menace of open defecation.

There were five missions planned and launched under the canopy of Nanded’s Mission Mode Series:

Mission 181: In this campaign, a total of 181 villages were identified which needed 50 or less toilets to be declared open defecation free. Owing to concerted efforts, the required toilets were constructed and the villages were made ODF within 15 days.

Mission 75: This was another campaign carried out in fast track mode where 155 gram panchayats, which needed less than 75 toilets, were made completely ODF.

Mission Fast track 100: Similar to the first mission, 90 gram panchayats that required less than 100 toilets were identified and made ODF in just 15 days.

“We appealed to them to help sanitise their villages in a specific number of days. Fortunately, people listened to us and they extended whatever support they could to make the villages open defecation free. The behavioural change cannot be achieved by force but by education and persuasion,” said Ashok Shingare, CEO, Zilla Parishad.

Mission Ashwamedh: The district administration identified a total of 130 gram panchayats from a total of 16 blocks, and ensured that all people had access to safe sanitation in six weeks’ time.

Mission Force Phoenix: A total of 88 gram panchayats, with less than 10 toilets each and where no development work was carried out for about two years, were identified as part of this mission. The officials focused on these gram panchayats and carried out various awareness building and triggering exercises like ‘walk of shame’ (walking with community to the sites of open defecation), putting faeces on the floor in front of people and discuss the way flies move between food and faeces and how they are unknowingly eating faeces which has a negative impact on their health, that emphasised the need to adopt safe sanitation practices.

And in a bid to create mass awareness among the village communities to stop defecating in the open, announcements were made on the Swachh Maharashtra radio, which covered updates related to sanitation within the district as well as the state in the form of an audio clip. In addition to this, the colourful posters using cartoons and graphics were also produced and posted at every gram panchayat to motivate people.

Furthermore, the officials then on a daily basis from 5-7 AM in the morning and 8-10 PM in the evening used a mike installed on a rickshaw to spread awareness about the benefits of safe sanitation. And during the day, they utilised the time to interact with villagers, especially women and children in person, to motivate them to construct toilet at home.

In each of these missions, the officials adopted a multi-pronged approach to ensure that people are educated about the importance of using a toilet and they take the initiative on their own to build a toilet at home. As part of this initiative, all government officials were also given targets and were asked to reside in villages for the length of time required to finish the job and declare their assigned villages as ODF. Throughout the campaigns, there was continuous monitoring on the progress of toilet construction.

“No change can happen overnight. Eliminating an age-old practice like open defecation takes time. There has to be constant triggering process urging citizens to use toilets. Hence we chalked out a plan, which focused more on motivating people to construct toilets on their own and then use it regularly,” said a district official.

In the last three years, the sanitation coverage of rural areas of India’s second most populous state, Maharashtra, has jumped from a mere 52 per cent to a staggering 99 percent. So far, over 46 lakh toilets have been built in the rural areas of Maharashtra.

Indian Railways To Pay Contractors Based On Cleanliness Rating By Passengers

Chalo Champaran: 20,000 Swachhagrahis In Bihar Will Educate People To Construct Toilets At Home