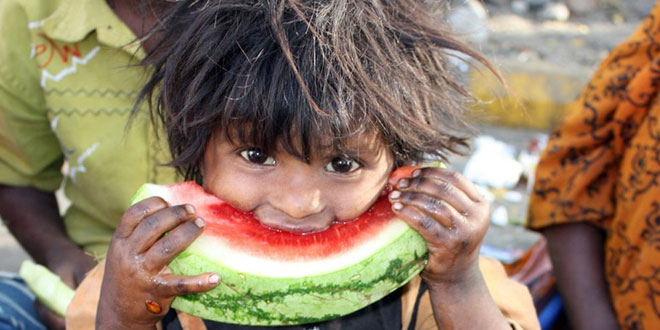 Raipur: Chhattisgarh Chief Minister Bhupesh Baghel on Friday said that the state government will launch a campaign for eradication of malnutrition and anemia in all the 11 districts in the state on Gandhi Jayanti. CM Baghel was addressing the state-level programme held at Kondagaon district headquarters on the occasion of International Day of World’s Indigenous People. He said, “A campaign to eradicate malnutrition and anemia will be launched in all 11 aspirational districts in the state on the occasion of Mahatma Gandhi’s 150th birth anniversary on October 2 this year.”

The NITI (National Institution for Transforming India) Aayog has identified 117 districts in the country as ‘Aspirational Districts’. These districts were selected on the basis of the composite index, which includes published data of deprivation enumerated under Socio-Economic Caste Census, Health and Nutrition, Education and Basic Infrastructure. The CM said,

The state government has set the goal of making Chhattisgarh malnutrition-free and anemia-free within the next three years.

Under the campaign, people suffering from malnutrition and anemia will be provided free-of-cost nutritious food every day in aspirational districts, he said. This campaign was started as a pilot project in selected panchayats of Bastar and Dantewada districts last month. Now it will be rolled out full-fledged, under which those suffering from malnutrition and anemia will be identified at the village panchayat level and as per their physical requirement and preferences, free nutritious meal will be provided to them, the CM said.

Also Read: War Against Plastics: Raipur Ropes In Underprivileged Women To Replace Plastic Bags With Cloth Bags In The City

Funds for the programme will be sanctioned every month from DMF (District Mineral Fund), CSR (Corporate Social Responsibility) funds, and basic funds of respective panchayats or by respective development authorities.

Each of the gram panchayats will have to maintain the daily record of the beneficiaries of the programme, he said. As per the latest data released by NITI Aayog, 37.60 per cent children below five years of age in Chhattisgarh are suffering from malnutrition while 41.50 per cent girls and mothers of age between 15 to 49 years in the state are facing the problem of anemia, the chief minister said.

Mr. Baghel appealed to the local representatives and all sections of the society to actively participate in this campaign. On the occasion, he announced that the scholarship amount for tribal students of pre-matric hostels will be hiked from Rs. 700 to Rs. 1,000, and the number of seats for them in colleges will be increased significantly.

Related Topics:
Chhattisgarh Malnutrition
Up Next