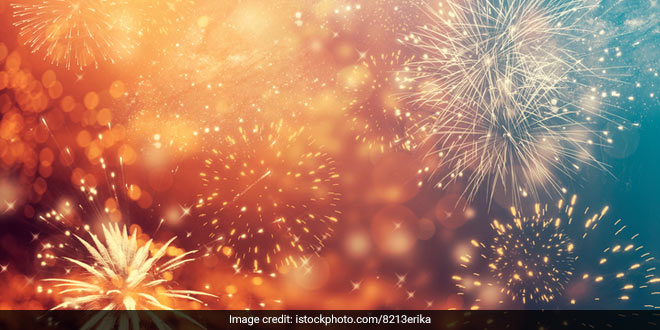 Mumbai: Maharashtra Chief Minister Devendra Fadnavis has exhorted people to ensure no damage is caused to the environment while celebrating Diwali and the festivities do not lead to air and noise pollution. The Supreme Court had on Monday banned the sale of firecrackers in the Delhi-NCR until October 31 in an effort to check pollution during Diwali.

All Indian festivals have a bond with nature. People should take precautions that there is no damage caused to the environment so as to be able to live in a healthy and pollution-free environment, Chief Minister Fadnavis had yesterday said in the Mantralaya.

He said this while administering a pledge to a group of school children to celebrate a pollution-free Diwali.

While celebrating festivals, it should be ensured that air and noise pollution are not caused, the chief minister said.

Maharashtra’s Environment Minister and Shiv Sena leader Ramdas Kadam yesterday told reporters that he would request the chief minister to ban the sale of fire crackers in the state, on the lines of the Supreme Court’s verdict for Delhi-National Capital Region (NCR).

The Supreme Court gave its decision that there should not be fire crackers’ shops in residential areas. Keeping people’s health in mind, and there should be no pollution, and for this, everybody should take care, Mr. Kadam said.

“I will request the chief minister and see if something similar could be done here as firecrackers cause pollution, human beings and animals get affected and even shops at times catch fire,” the minister had said.

The Supreme Court had on Monday directed that its order of last November banning the sale of firecrackers in Delhi-NCR would continue till October 31 -Diwali falls on October 19 – in a bid to check pollution during the festival of lights.