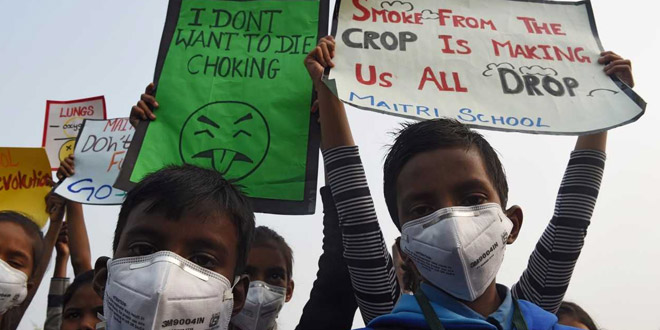 New Delhi: As Delhi continues to choke due to ‘severe’ quality of air, hundreds of children came out to protest and appeal Prime Minister Narendra Modi for their right to breathe. Some carried posters with messages like ‘Smoke from the crop is making us all drop’, ‘I don’t want to die choking’ while some children with their masks held black hand-made roses for the Prime Minister pleading him for Swachh Air. Last year too, when the city was going through a similar Air pollution crisis, children handed Chief Minister Arvind Kejriwal fresh roses pleading him for a mask free Children’s Day in 2017. Sadly, they have been let down. Delhi, in fact North India is facing one of the worst air pollution crisis. 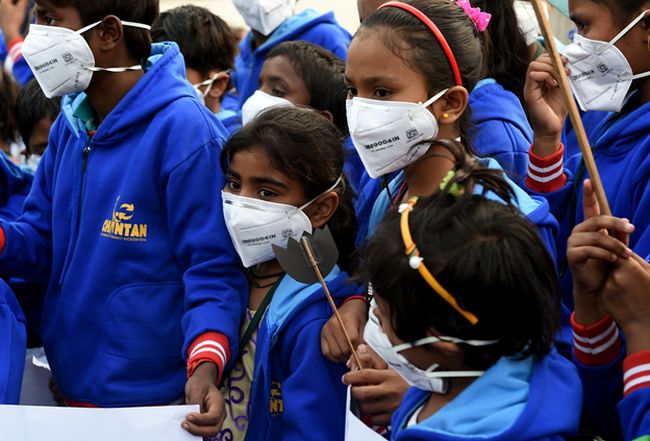 In a bid to put their messages in front of authorities again, school children from across Delhi gathered at India Gate with black paper roses for the Prime Minister symbolic of the air they are breathing.

According to World Health Organisation report, worldwide, more than one in four deaths among children under the age of five can be attributed to environmental hazards such as indoor and outdoor air pollution. 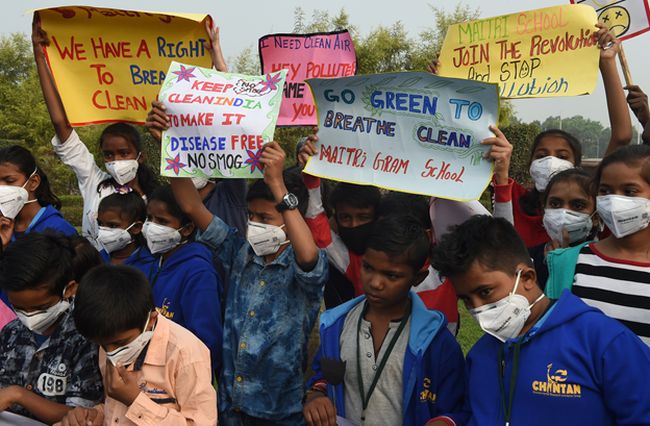 Children gathered at India Gate to protest for Swachh Air

The air quality index has been hovering in the 450 – 500 range in Delhi, while the recommended limit of air quality that falls under the category of ‘Safe’ by World Health Organisation is between 0 – 50. Today, on the day of Children’s Day, the city woke up to even higher pollution levels as compared to past few days, shooting Air Quality Index at 500 level.

The irony is that while national capital chokes every year during the onset of winters concrete actions and long term solutions have been missing. Raising fears that serious damage to health of citizens notwithstanding, next year may not be any different.

You Are Making A Mockery Of The System: NGT To UP Government On Failing To Curb Air Pollution