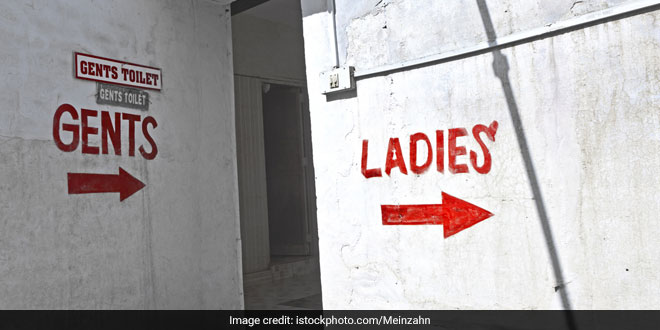 New Delhi: Bharatnatyam exponent Geeta Chandran on World Toilet Day on Monday announced an educational campaign she will undertake on responsible toilet use, followed by a dance tribute to her first guru. The event was attended by Union Minister Ravi Shankar Prasad.
The campaign, announced at the Kamani Auditorium here, will aim at “changing the way we approach and use toilets”.

For the 40 years that Geeta has been a dancer, she has been travelling all over India. She finds it extremely demeaning, that no matter where you go, in a flight or train, a school, a community centre, we as a nation just do not know how to use toilets. We are building toilets, there are first-generation toilet users in millions, but nobody is focusing on teaching how to use a toilet, Mrs. Chandran’s husband and UN National Information Officer for India and Bhutan, Rajiv Chandran told IANS.

The dancer, also a 2007 Padma Shri recipient, dismisses that a classical dancer can only talk of “love and shringara”, her husband said, adding they too can raise issues like hygiene and toilet training.

How will the campaign play out?

“She’s going to be writing and talking about it across media, cultural institutions, wherever she goes. She’s going to utilise her physical presence and the social media. In every performance and lecture, Geeta’s going to begin by saying that this is the new thing to start.”Mr. Chandran said.

There is going on be on-ground activity as well. We’ll talk to police stations, post offices, the places which have a national presence. We’re going to have them begin talking about the toilet culture that it is not dirty but essential, and has to be a place of dignity, Mrs. Chandran said.

The announcement was followed by an hour-long solo dance tribute “Swarna” to her first Bharatanatyam guru Swarna Saraswathy, who taught Mrs. Chandran since she was five.

Speaking at the event about Mrs. Chandran’s performance, Union Minister Ravi Shankar Prasad said, “Today’s the occasion for me to gently request the creative community of India, all those who’ve been part of the guru-shishya parampara, to bring out the contribution of your late gurus, whose dedication makes India a centre of profound creativity.”

Delhi’s Air Quality Was Most Deadly In 2016 In Two Decades, Reduced Life Expectancy By 10 Years: Study