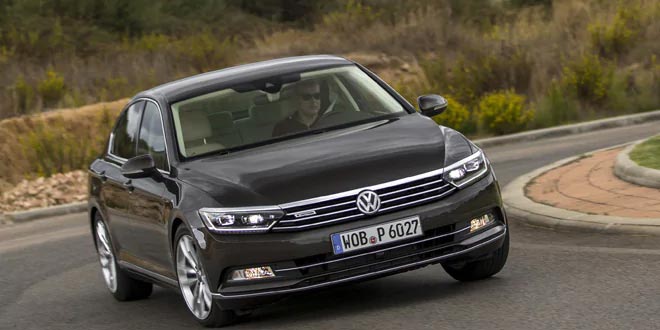 New Delhi: The use of ‘cheat device’ by Volkswagen in diesel cars in India leads to an inference of environmental damage, the National Green Tribunal (NGT) has said while asking the German auto major to deposit an interim amount of Rs 100 crore with the Central Pollution Control Board (CPCB). The NGT said that even though the standards may be stricter in other countries, “the very fact of deceit devices being installed by the manufacturers calls for an inference of prima-facie violation of environment”.

The Tribunal’s November 16 order, uploaded on Monday, said the amount has been fixed having regard to the capacity of the enterprise and possible adverse impact on the environment. It also stated that the deposit was only an interim measure, awaiting expert opinion on the subject. A bench headed by NGT Chairperson Justice Adarsh Kumar Goel constituted a joint team of representatives of CPCB, Ministry of Heavy Industries, Automotive Research Association of India (ARAI) and National Environmental Engineering Research Institute.

The NGT has directed the team to give its expert opinion on the subject whether the manufacturer has exceeded the prescribed environmental norms and fair estimate of the damage caused to the environment, after considering the reply of the auto company. While listing the matter for further consideration on January 17, 2019, the bench said,

The parties are given liberty to furnish documents considered relevant by them to the Central Pollution Control Board within one week. The report may be furnished to this tribunal by e-mail within one month from the date of receipt of a copy of this order.

The tribunal referred to Volkswagen’s admission to California Air Resources Board (CARB) and the US Environmental Protection Agency that it had deliberately installed software in the cars and issued a statement that it was sorry for having broken the trust of the customers and noted that in the United States 4,82,000 cars are equipped with cheat device. The bench said,

From the above material, it is difficult, prima-facie, to accept the stand of the manufacturer that it has not caused any damage to the environment in India. The manufacturers themselves have accepted the direction for recall. As noted, expression of regret was also publicly made. Though they have chosen to describe the recall as voluntary, it is in pursuance of the direction of the Ministry of Heavy Industries, Government of India as per the stand of the Ministry, already noted.

The tribunal said ARAI found Nitrogen oxide emissions to be five to nine times higher than the laboratory test limits. “This being not acceptable, the Ministry of Heavy Industries, directed for the recall of the vehicle which direction was never challenged and has been complied with partially,” it said. The tribunal said that even if there is 100 per cent recall, for the past violation of norms, the auto manufacturer cannot avoid its responsibility.

The green panel said that as serious damage has been caused to the environment by Volkswagen India Pvt. Ltd and Skoda Auto India Private Limited, therefore, the Polluter Pays Principle needs to be invoked to compensate the damage caused, in terms of Section 20 of the NGT Act, 2010. A ‘cheat’ or ‘defeat device’ is a software in diesel engines to manipulate emission tests by changing the performance of the cars globally. The tribunal had earlier directed Volkswagen to file an affidavit on the status of proceedings against it in other countries.

Also Read: Air Pollution: Only .079 Per Cent Of Estimated 40 Lakh Banned Old Vehicles Impounded By Agencies In Delhi Since 2014

The green panel had also directed that all parties be given a copy of Pune-based Automotive Research Association of India’s (ARAI) 2015 report on emission tests conducted on diesel cars. Volkswagen India had in December 2015 announced the recall of 3,23,700 lakh vehicles in India to fix the emission software after ARAI conducted tests on some models and found that their on-road emissions were 1.1 times to 2.6 times higher than the applicable BS-IV norms.

The automobile giant had admitted to the use of ‘defeat device’ in 11 million diesel engine cars sold in the US, Europe and other global markets to manipulate emission test results. After the tests by ARAI, Volkswagen India had undertaken to rejig the software by recalling around 3.23 lakh vehicles fitted with EA 189 diesel engines which were in alleged violation of emission norms.

The company, however, had said that the recall in India was purely voluntary in nature as it did not face any charges regarding violating emission norms in India unlike in the US. The counsel for the car manufacturer had told the NGT that ARAI, which is being consulted on the redesign of the software, had approved it for only 70 per cent of the 3.23 lakh vehicles. ARAI, however, said that Volkswagen had submitted redesigned software for only 70 per cent and was yet to do so for the remaining 30 per cent.