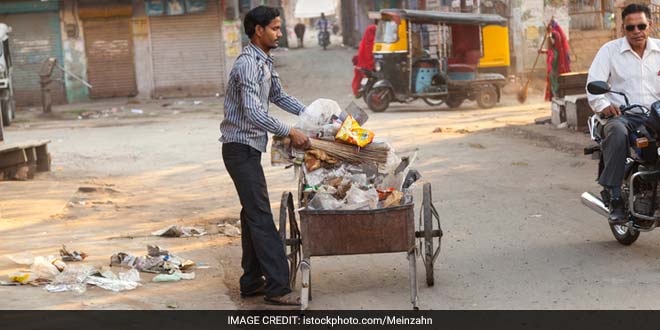 Mathura: The week-long cleanliness drive started by Uttar Pradesh Power minister Shrikant Sharma in the district is turning into a “people’s movement”, a BJP functionary said. Uttar Pradesh BJP spokesperson Manish Shukla yesterday said the drive has received enthusiastic response from all sections of the society.

The aim of the drive is to present clean Mathura to Lord Krishna on Diwali and also ensure that the place becomes one of the top ten cleanest districts of the country, he said.

The way people from different strata of society – including pilgrims – have joined the movement, even in areas the minister is yet to visit, shows that the message of cleanliness has been received well, he said.

We usually clean our houses during Diwali, and the garbage is thrown onto the streets, but it would not be repeated this year, said one Ramvati of Kailash Nagar, where the minister is yet to visit.

As part of the drive, the state power minister is cycling to many areas of Mathura and Vrindavan in order to spread the message of cleanliness.

Among the happier lot are the ‘safai karamcharis’ of Mathura as they are being assisted by the locals in cleaning up the district.

Karva Chauth With A Difference: Husbands Take Pledge To Build Toilets For Wives In Uttar Pradesh