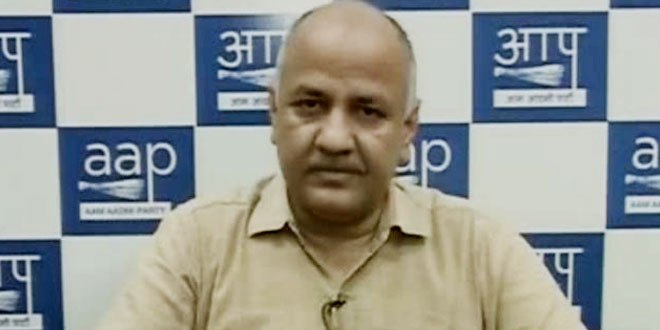 Delhi winters which were once popular for its cold foggy and windy mornings have now turned into health hazard, thanks to the poor quality of air every Delhiite has to breathe every year. Just as the city steps into the winters this year, organisations have already started to send warnings and alerts on high pollution levels the capital is likely to face in the coming few months. As the city braces itself to fight pollution, the government is taking several measures to avoid the repeat of November 2016 episode, when an ‘emergency’ situation was declared,  Deputy Chief Minister Manish Sisodia told NDTV.

Speaking during the segment on Swachh Hawa at the 12-hour Cleanathon of NDTV Dettol Banega Swachh on October 2, the Deputy Chief Minister said among the various precautions that Delhi may take, the much talked about odd-even vehicle scheme may be also be implemented in case of ‘emergency situations’.

As per the scheme private vehicles with odd and even numbers were allowed to run on roads on alternate days. The toxic particles came down by 8 to 10 per cent in some pockets and the rest of the capital recorded a drop of only 2 to 3 per cent according to a study published online in the journal Environmental Science and Policy.

When we had experimented with odd-even rule in last December, there was a corporation from people as they too were keen on reducing the pollution levels. The traffic congestions along with the pollution had certainly come down. This time, the state may implement the rule again if necessary, the minister said.

Mr Sisiodia expressed concern over the high ticket rates of metro which has left no option with people but to travel by private vehicles. He said the government will try to minimise the tickets fare as soon as possible, “In past few days, due to an increased fair, a drop in commuters by approximately 1.50 lakhs has been recorded. Efforts are being taken to bring back people thereby cutting down the private vehicles on road. In another move, new public buses will soon be on roads, he said.

As per experts, construction dust, vehicular emissions, fire crackers during Diwali and crop burning in and around Delhi are major contributors to Delhi’s poor air quality which poses serious health issues like lung cancer, respiratory conditions and asthma. To bring down the volume of dust particles, the state government has switched from manual cleaning of roads to mechanical cleaning and is also regularly using water sprinklers.

Ahead of the Diwali celebrations, the Supreme Court has banned the sale of firecrackers till November 1. The order comes in after a plea was filed by three children to revoke the decision of temporarily lifting the ban on sale of crackers. After suspending permanent licenses for sale of firecrackers in the Delhi-NCR in November 2016, the SC had temporarily lifted the ban in September this year. The ban was lifted to exhaust the existing stock, about 50 lakh kg of fireworks, under certain conditions.

A few days back government agency SAFAR which monitors air pollution, said that Delhi’s air quality has turned poor and is likely to further deteriorate in the next few days. An official from Central Pollution Control Board attributed the rise in pollution levels to ground-level activities such as burning of paddy stubble in neighbouring Punjab and Haryana.

Also Read: Delhi Government To Supreme Court: Students To Be Encouraged To Go Green This Diwali

Rekindling Hopes Of a Swachh Diwali This Year, Supreme Court Bans The Sale Of Firecrackers In Delhi-NCR Region Till November 1