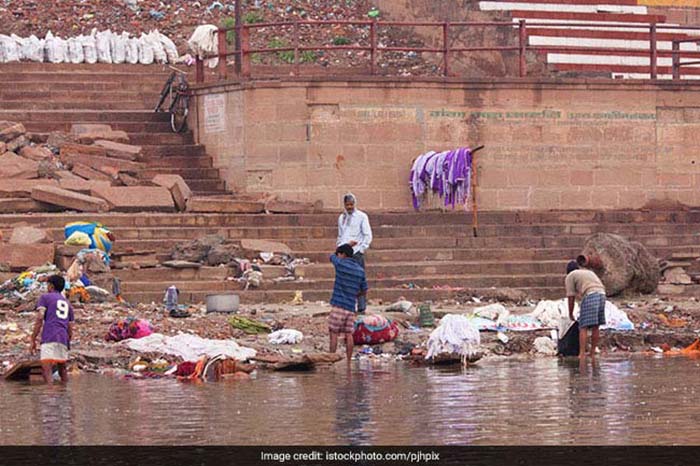 New Delhi: The National Green Tribunal (NGT) on September 5 directed a committee set up to monitor the execution of its directions on the cleaning of the Ganga, to submit a report on the progress made in rejuvenation of the river. A bench headed by NGT Chairperson Justice Swatanter Kumar ordered the panel, headed by the secretary in the Water Resources Ministry and comprising IIT professors and officials from the UP government, to submit the report on the cleaning work between Haridwar and Unnao before September 12.

The green panel also asked various parties and stakeholders to submit their action plan with regard to
Phase-II of the Ganga cleaning – from Unnao to the border of UP (with Bihar).

On July 13, the green panel had set up a supervisory committee to oversee proper and effective implementation of all the projects for Ganga cleaning and submit the implementation-cum-progress report to the tribunal every three months.

The tribunal while passing a slew of directives, including banning construction activities, within 100 metres
of the river edge had said the government spent over Rs 7,000 crore in two years to cleanse the Ganga which still remains a “serious environmental issue”.

In a detailed judgement, the tribunal had also prohibited dumping of waste within 500 metres from the river, ordering that offenders would be liable to pay a penalty of Rs 50,000 per default. It had directed the authorities concerned to commence the work of setting up sewage treatment plants and installing anti-pollution devices within four months and complete it within two years.

In the order, the NGT had said all projects referred to in its verdict should be finalised by the National Mission for Clean Ganga (NMCG). It had said it would be the responsibility of the Ministry of Water Resources and the NMCG to finalise these projects out of the available funds.

Regarding shifting of tanneries located in Jajmau cluster in Kanpur, the bench sought an action plan from the leather units within six weeks, failing which “the UP government shall be duty bound to close the tanneries and shift them to Banthar, Unnao or any other developed site which it considers
appropriate”.

The NGT had also directed regulation of activities on banks of the Ganga and its tributaries and ordered the UP and Uttarakhand governments to formulate guidelines for religious activities on the ghats during the festivals.

E-Waste Generation May Increase By 1800 Per Cent, Says ASSOCHAM-KPMG Report