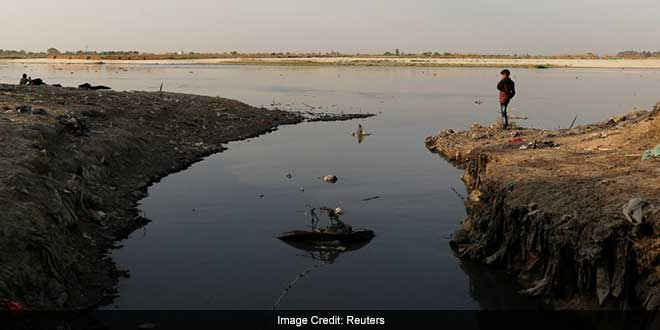 Mumbai: India must better regulate the use of water-sucking tubewells as access to water becomes increasingly fraught amid rising temperatures and dwindling resources, according to an academic who has studied the river Ganga. The basin of India’s sacred river is home to about a quarter of the country’s 1.3 billion population and contains 40 percent of the total replenishable groundwater resources. But pollution and excessive usage are making its groundwater increasingly toxic and difficult to access.

“India is the largest consumer of groundwater in the world, but it is getting harder to recharge the aquifers,” said Anthony Acciavatti, an adjunct assistant professor at Columbia University in New York City.

“The pollution of the river water is tied to the growth of urban centres, as well as the ubiquity of tubewells, which are unregulated,” Mr Acciavatti said on a recent visit to Mumbai.

Worshipped by a billion people and a water source for 400 million, the 2,525 km-long (1,570 miles) “Mother Ganga” runs from the Gangotri glacier in the Himalayas through northern and eastern India and Bangladesh before emptying into the Bay of Bengal. Thousands of Indians take a holy dip in the river Ganga every day; less than a quarter of an estimated 4,800 million litres of sewage that flow daily into the river is treated.

In addition, about 15 million tubewells in the Ganga basin suck up water indiscriminately and exacerbate loss of more accessible groundwater. In the countryside, groundwater shortages have been attributed to government policies such as free electricity for irrigation, credit for digging wells and buying pumping equipment, as well as heavily subsidised diesel fuel for pumps.

But tubewells dug by wealthier city residents are also adding to the problem. “Tubewells and hand pumps are the primary way in which groundwater is consumed, and not just by farmers, but also in urban centres,” said Acciavatti.

“You can’t ban them, but you can regulate their depth and intensity to mitigate their impact,” he said.

Rising temperatures across India have dried up rivers and ponds, and forced millions to migrate in search of food and jobs. At the same time, floods are also a threat during the annual monsoon rains, with this year’s floods affecting more than 16 million in South Asia.

The Ganga basin is one of the most densely populated river basins in the world. People have “learned to incorporate the capriciousness of the river into their lives”, said Acciavatti, who came to India in 2004 to map the river Ganga.

Over a decade, he mapped the river on foot, by car and by boat with tens of thousands of photographs, sketches and journal entries, before the advent of drone photography and Google Maps.

Earlier this year, an Indian court declared the Ganga and Yamuna rivers living entities, giving them the same legal rights as human beings, in a move to help conserve them.

But a $3 billion plan to clean river Ganga is behind schedule, with much of the money unspent.
To further the effort, India must better regulate how both public and private land can be used to access water, Acciavatti said.

Access to river water must not merely depend on wealth. “In the basin, you can tell which are the homes with tubewells – they are more than three storeys tall,” he further added.

“They are obviously doing more damage than someone with just a hand pump.”