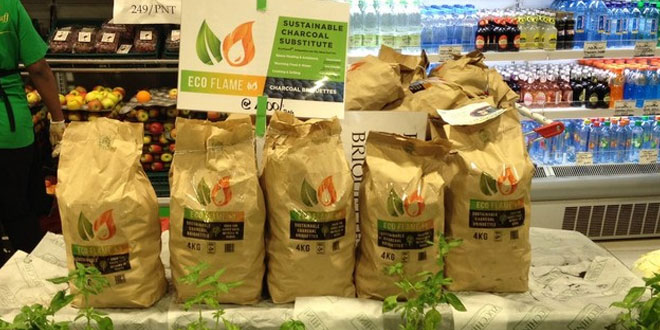 London: From London buses rumbling along on the power of coffee beans to a football legend championing the transformation of plastic bottles into building blocks, 2017 has been a year full of innovative uses for the things we usually throw away.

Here are five of the quirkiest uses of waste worldwide:

The red London bus may be an age-old symbol of the British capital – yet in recent months it is also becoming the focus of an innovative scheme to cut the city’s carbon emissions. Waste coffee grounds will now be used to help fuel some of London’s buses, Royal Dutch Shell (RDSL) and clean technology company bio-bean announced in November. The new biofuel, which contains part coffee oil, can be used without the need for engine modification, the companies said in a statement.

With the average Londoner drinking 2.3 cups of coffee a day according to bio-bean, wasted grounds are collected from high street coffee chains and factories, and then dried and processed to extract the coffee oil.

“Flying toilets” – usually a plastic bag filled with poo and often flung overhead in a random direction – has long been a pesky problem in some of Kenya’s most fetid slums. But developers have found a new way of not only collecting toilet waste hygienically but also turning it into fuel.

Social enterprise Sanivation installs “blue box” plastic toilet containers in customers’ homes for free, then charges a monthly fee of 700 Kenya shillings ($6.78) to collect the waste. The excrement is then heated to kill dangerous bacteria and turned it into (odour-less) charcoal balls, sold in supermarkets under the brand Eco Flame.

This means less trees are felled to cook food for Kenya’s 44 million people, who are rapidly depleting its forests by illegal settlements, logging and charcoal production. 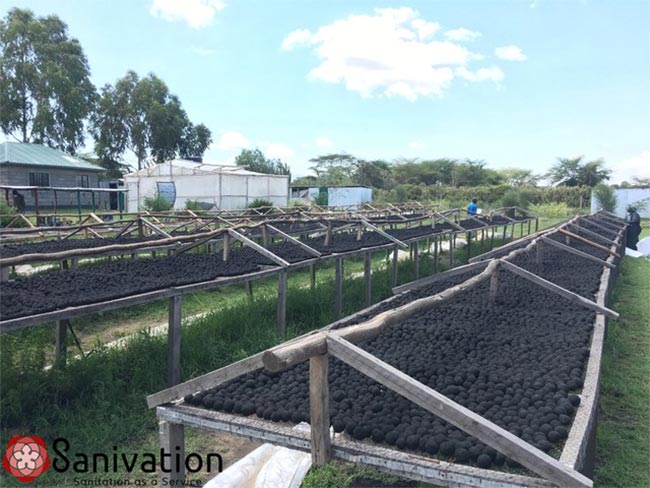 In Cameroon, football legend Roger Milla – whose hip-shaking dance moves propelled him to international fame at the 1990 World Cup – has turning to recycling plastic bottles in order to make building blocks. 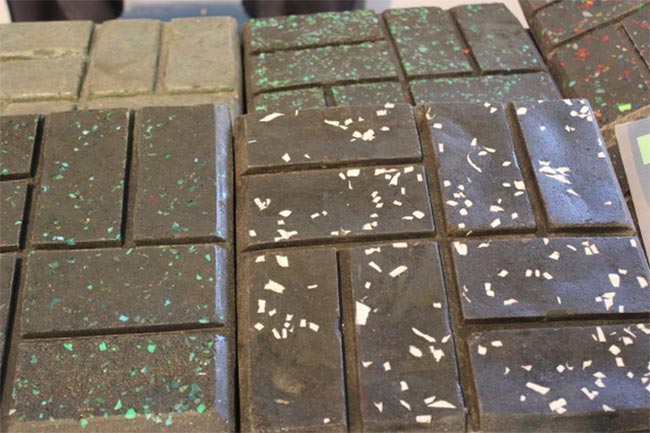 His organisation Coeur d’Afrique (Heart of Africa) pays around 300 unemployed young people in the country’s capital, Yaounde, to collect the plastic which blocks drains and exacerbates flooding during the rainy seasons. Slabs made from the recovered plastic have already been used in construction projects in the city, including a national sporting facility for handball.

Meanwhile in Tanzania, by February 2017 one entrepreneur had transformed nearly 1 million kg of waste into “plastic lumber” that can be used for fences, house beams, signposts and more.

The initiative by EcoAct Tanzania won the $10,000 Africa Finance and Investment Forum Entrepreneurship Award in Nairobi earlier this year. The company says it is reducing waste in the East African nation’s cluttered commercial capital, while creating jobs for young people and saving trees.

In April 2017, night-revelers across five continents took to the dance floor in an unusual effort– a mass rave to tackle food waste.

The world’s first ever World Disco Soup day, an event promoted by the Slow Food movement to encourage young people to think about the mountains of food thrown out every day, was powered with food that would otherwise have been thrown away.

Organisers collected ingredients from farmers, restaurants, retailers and markets and cooked them with the help of professional chefs and disco-crazy movers and shakers alike.

About a third of food produced every year, equal to approximately 1.3 billion tonnes, is never eaten because it is spoiled after harvest and during transportation, or thrown away by shops and consumers.

Saving 25 percent of it would be enough to feed the more than 800 million people that go to bed hungry every night, according to U.N. Food and Agriculture Organization (FAO).