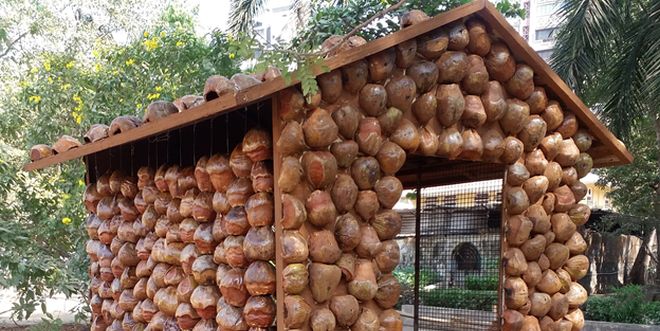 New Delhi: ‘I was 2-years-old, I lost my father, my mother was homeless and we faced a huge financial crunch. That’s when I realised the importance of having a house that’s cost effective,’ says Manish Advani, a marketing professional from Mumbai who has grown up seeing the city battling with its garbage. In 2016, when the, fire raged in the largest landfill in the coastal city of Mumbai – Deonar, it affected many families including Manish’s family who were living near the landfill area. After this grim tragedy, Manish had two options – one was to wait for the authorities to act, the other was to take matters into his own hands and do something about growing garbage crisis.

He opted for the latter option. Manish started his crusade for a Swachh India from his home by composting his wet waste. Today, apart from successfully converting all his wet waste into compost, he has also fulfilled his childhood dream of making a low-cost house – that too from coconut shells. Yes, you heard it right!

After the Deonar fire, I knew it is us, the waste generators who are responsible for city’s growing garbage crisis and also knew it needs to be fixed on priority. Together with my family I started my journey into composting and spreading the ideology of 3R’s – Reduce, Reuse, Recycle. I was educating everyone, whosoever I was meeting, said Manish Advani, a senior executive at Mahindra Special Services Group.

From Composting To Coconut Shell Recycling

He goes on to add, one day, my wife handed me a coconut shell and asked me to compost, I was stunned as I didn’t know how to compost these. They are hard, and take a very long time to decompose and one can find it easily in every nukkad of Mumbai.

Manish started looking for ideas to reuse coconut shells; initially he started planting plants in them, later he started gifting these coconut planters to people around him. 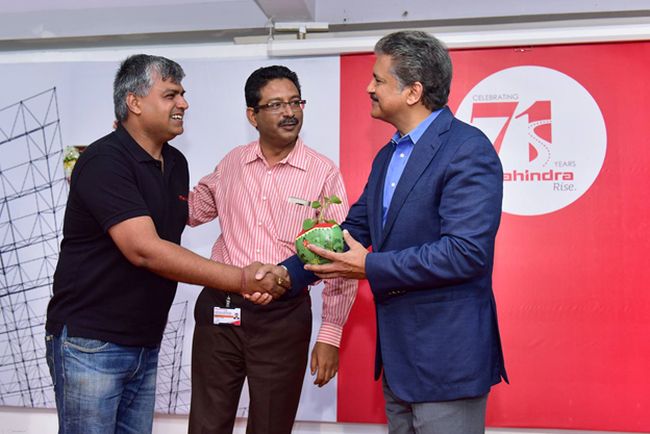 Coconut planter idea was embraced by many corporates in Mumbai as well. I also started going to schools and colleges in order to guide students on how they can reuse coconut shells within their house. Sometimes we organise coconut painting, creative competitions here where we ask them to build something out of their coconut shells. It is our way to educate people on the importance of recycling. added Manish.

Later, after brainstorming for more creative uses for these shells the idea of building houses chanced upon him. Manish got in touch with his friend Jayneel Trivedi, also an architect, the duo worked together and developed a concept of low-cost eco-friendly house using coconut shells.

All About The Coconut House 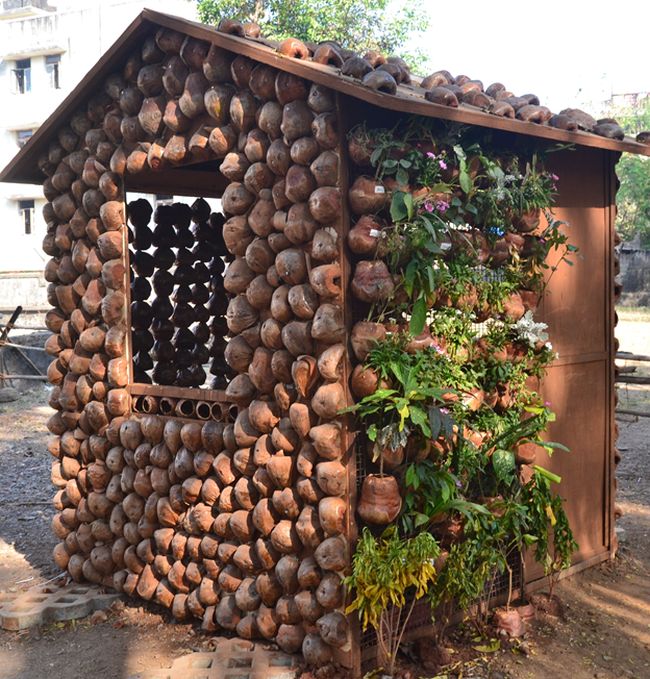 Explaining the structure of house and how it is made using coconut shells, Jayneel added,

We took help of some 20 students from Somaiya College in Mumbai to build our Coconut House prototype. Coming to the process, first we dried the coconut shells for 18 days, and then collected all the old scrap lying in the college. We made a house with four different walls, first was the wall made of shells that were halved to be stacked as walls and reinforced with mud, coconut and bamboo mesh. The second wall was used as vertical gardens, again made from coconut shells. The third wall was simply made of coconut shells stacked together; this is basically made for the purpose of partitions. Last but not the least, fourth wall was the mud wall with coconut shells – it is great for controlling temperature. The house strength is very much par with the wooden ones.

Talking about the cost, Jayneel said that the prototype of the house was made in just Rs. 10,000 – which is one of the cheapest housing ideas.

The duo’s creativity of Coconut House initiative won a bronze in the International Green Apple Awards in June this year, an award that recognizes environmental best practices around the world.

Coconut House dream fulfilled, the team is now exploring various sustainable ways of using these versatile shells. Apart from this, Manish is also working towards making easy Do It Yourself videos, so that he can spread the message of recycling and upcycling in the most effective ways. He signs off by saying,

When it comes to eco-friendly and recycling, we all are using too much technical jargon. People will start doing something when they are really engaged in the activity and that’s what my aim is. I go to various schools, colleges and societies; I don’t tell them what they need to do, instead engage them by asking what they can do. Once they are involved in the activity they will start taking actions that are good for the environment.