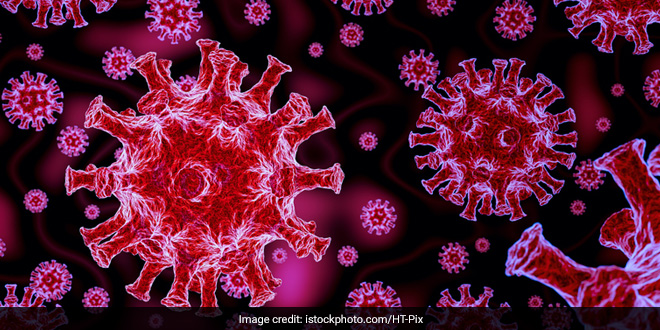 New Delhi: Middle East respiratory syndrome, commonly known as MERS, is a viral respiratory disease caused by coronavirus MERS‐CoV. MERS was first identified in Saudi Arabia in April 2012 and is a zoonotic virus, which means it is transmitted to humans through animals. WHO explains,

Studies have shown that humans are infected by MERS through direct or indirect contact with infected dromedary camels. MERS-CoV has been identified in dromedaries in several countries in the Middle East, Africa and South Asia. The origins of the virus are not fully understood but, according to the analysis of different virus genomes, it is believed that it may have originated in bats and was transmitted to camels sometime in the distant past.

Most of the human cases of MERS-CoV infections have been attributed to human-to-human infections in health care settings, WHO adds.

The organisation further claims that the virus does not pass easily from person to person unless there is close contact, such as it may occur when providing unprotected care to a patient.

Also Read: Coronavirus Explained: All You Need To Know About The SARS Epidemic Of 2002

Health care associated outbreaks have occurred in several countries, with the largest outbreaks seen in Saudi Arabia, United Arab Emirates, and the Republic of Korea, explains WHO.

Generally, symptoms for MERS include fever, cough and shortness of breath. Pneumonia is common, but not always present while gastrointestinal symptoms, including diarrhoea, have also been reported in some cases, as per WHO.

Severe cases of MERS can cause respiratory failure that requires mechanical ventilation and support in an intensive care unit. The MERS-CoV can be severe for older people, and those with weakened immune systems, and those with chronic diseases such as renal disease, cancer, chronic lung disease, and diabetes. On the other hand, MERS infection for some people can also be asymptomatic.

Also Read: What Are The Four Types Of Vaccines Being Worked On To Fight Coronavirus?

In 2012, an outbreak of Middle East respiratory syndrome coronavirus affected 27 countries, where 80 percent cases were from Middle East. MERS cases outside middle east have been rare but can be attributed to infected people travelling. These 27 countries include Algeria, Austria, Bahrain, China, Egypt, France, Germany, Greece, Iran, Italy, Jordan, Kuwait, Lebanon, Malaysia, the Netherlands, Oman, Philippines, Qatar, Republic of Korea, Saudi Arabia, Thailand, Tunisia, Turkey, United Arab Emirates, United Kingdom, United States, and Yemen. Until 2015, there have been over 1,000 cases of the virus and over 400 deaths, across the globe. There seem to be no new reported cases of MERS post-2015.

At present there in no vaccine or specific treatment available to treat MERS, but as per WHO, several MERS-CoV specific vaccines and treatments are in development.

Coronavirus Outbreak Explained: What Is A Pulse Oximeter And Why Is It Becoming A Tool Against COVID-19?