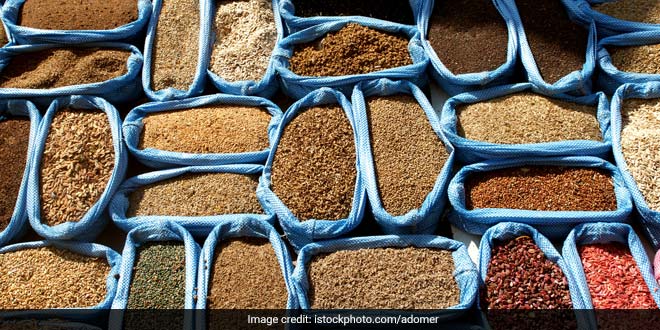 New Delhi: With an aim to provide food and nutrition support to the poor and needy, during the ongoing coronavirus crisis, while announcing the lockdown relief package for poor, Finance Minister Nirmala Sitharaman launched Prime Minister Garib Kalyan Ann Yojana (PMGKAY) under which free distribution of five kg foodgrains per person and one kg of pulses per household was to be done. While the foodgrains were being distributed already, the Ministry of Consumer Affairs, Food and Public Distribution has finally started to distribute one-kilogram pulses per month to about 20.39 crore households that hold ration card under National Food Security Act (NFSA) in the country for three months.

According to an official at the Department of Food and Public Distribution, the move requires a massive operation of trucks and milling units which may have delayed the distribution of pulses. These operations include lifting of un-milled pulses from the godowns of Central/ State warehouses, getting the pulses milled or cleaned and then transporting the milled pulses to the States, by the central government. Transportation of the milled pulses to Public Distribution Shops (PDS) in districts, towns and villages will be done by state governments. He further added that all costs incurred in the implementation of this measure will be met by the central government.

Pulses for this initiative will be provided from stocks lying in about 165 godowns across the country that are being operated by National Agricultural Cooperative Marketing Federation Of India (NAFED)- the apex organisation of marketing cooperatives for agricultural produce in India. AK Rath, Executive Director of NAFED said,

We are providing pulses to each state as per the quantity demanded by them. It is then their responsibility to provide to the identified households under NFSA. We have released about 1.5 lakh tonnes of un-milled pulses so far. Over 100 daal mills have been included in this process so far. Many states including Chhattisgarh, Haryana, Maharashtra, Meghalaya, Arunachal Pradesh, Sikkim, Odisha, Rajasthan, and Tamil Nadu have begun distribution of pulses.

In total, more than 8.5 lakh tonnes of un-milled pulses will be moved in this process to distribute about 6 lakh tonnes of milled or cleaned pulses to the beneficiaries.

Acknowledging the initiative, Neeta Hardikar, Director, Anna Suraksha Adhikar Abhiyan, a campaign organised by activists and experts for the right to food said,

It is good to see that the central government is finally recognising the need to add nutrition component in our current PDS system. But this is a temporary move and should be made permanent.

She highlighted that while pulses are a much-needed addition in PDS ration, considering the gravity of the problem of hunger and malnutrition in the country, providing just one kilogram of it to a household will not make any difference. She said that the average size of a family is four and in a family of four, one kg of rice will last for a maximum of three days.