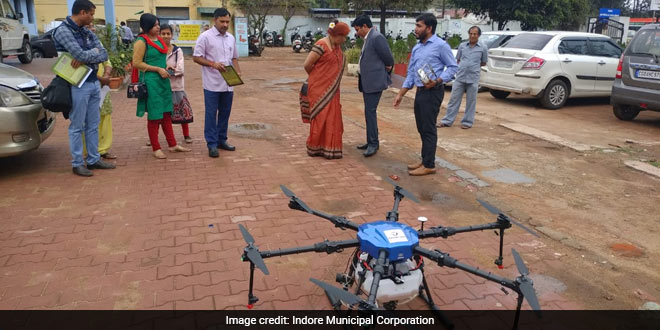 New Delhi: The cleanest city of India, Indore has not reported any confirmed cases of the novel coronavirus and is trying to ensure it remains that way. In a bid to sanitise the crowded areas of the city, the Indore Municipal Corporation (IMC) deployed two drones from private companies to sprinkle chemicals in such areas. This sanitisation took place on March 22, during PM Narendra Modi’s requested Janta Curfew, which led to these crowded areas being empty.

Indore Municipal Commissioner Asheesh Singh told NDTV that it’s a first-of-its kind attempt by which crowded areas are sanitised using drones to sprinkle 20 litres of Bioclean. Mr. Singh explained what made them choose a drone,

We chose drones because they are faster than manual process by aerial spray as it covers 2 to 2.5 acre in 10 minutes. A single drone can cover up 200,000 square metre area per day and can reach 200 feet height, running with GPS satellite based system. 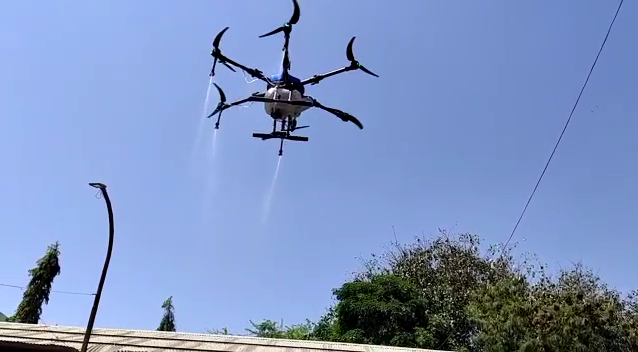 These drones take off with 16 litres of chemicals in each flight and return after 30 minutes having sprayed chemicals in an area spanning 8-10 km, explains Indore Municipal Corporation

He said that these drones take off with 16 litres of chemicals in each flight and return after 30 minutes having sprayed chemicals in an area spanning 8-10km. He also said that special care has been taken to ensure the spray doesn’t harm citizens.

Furthermore, the IMC sanitised other parts of the city through three tractors and 300 employees who cleaned and disinfected the city using 300 liters of sodium hypochlorite.

Indore has imposed an internal lockdown in a bid to control the spread of coronavirus in the city. The administration ordered the shut down of malls and supermarkets in the city and traders have also decided to lock down markets. The Ahilya Chamber of Commerce and Industry, an organisation representing over 100 trade bodies in Indore, will keep markets closed till March 31. However, the lockdown does not include the shops selling essential commodities, including milk, medicines and ration.

Are Masks Effective To Contain The Spread Of Novel Coronavirus?