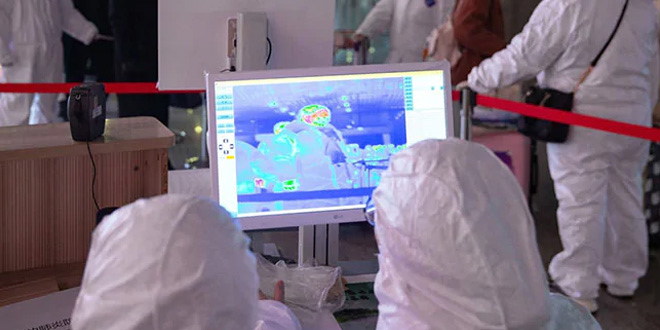 New Delhi: With the first case reported from Wuhan, China, on 31 December 2019, Novel Coronavirus has been declared as a ‘global health emergency’ by the World Health Organization. The Situation Report of WHO shows that more than 80,000 cases (80,174) have been confirmed and 2,915 deaths reported in China till now, as on March 2. In the rest of the world, 8,774 cases have been confirmed in 64 countries and 128 people have died, as per WHO.

India had three confirmed cases of coronavirus in Kerala earlier this year, following which the state government declared the virus as a ‘state calamity, but withdrew the ‘state calamity’ warning issued in the wake of the novel coronavirus (nCoV) scare as no new positive cases of infection were seen. However, recently, two more cases of coronavirus – one in Delhi and another in Telangana – have been detected in India followed by a suspected case in Jaipur which is yet to be confirmed.

What Is Corona Virus?

What Is The Novel Corona Virus (COVID-19)?

The novel coronavirus (nCoV) is a new strain that has not been previously identified in humans. As per the experts, the coronavirus infection spreads through droplets. Chief Scientist, World Health Organistation, Soumya Swaminathan said,

As you know the Novel Coronavirus is a new strain of virus, it has not been previously identified in humans. It is now called COVID-19 by the World Health Organization (WHO) (where the CO stands for corona, the VI for virus and the D for disease). It belongs to the family of Coronaviruses but it is the first time it is being detected in humans. And as we know it was reported from Wuhan in China at the end of December 2019. Now there are always concerns with the new virus because we don’t have any previous experience how it behaves or the range of ways in which it can affect people. As with other respiratory illnesses infection with the COVID-19 can cause mild symptoms including a runny nose, sore throat, cough and fever, it can be more sever for some persons and can lead to pneumonia and breathing difficulties and very rarely the disease can be fatal. Generally this is seen in older people and in people with pre-existing conditions like diabetes or heart disease.

Also Read: Coronavirus: ‘Flu Corners’ To Be Set Up In Hospitals In Punjab

Coronaviruses are zoonotic diseases, meaning they spread to people from animals. Experts say that meat sold at the wild animal markets in Wuhan is likely to be the source of the outbreak of the novel coronavirus. It’s is believed to have originated in wild animal animals, like pangolins and bats before jumping to the human population.

Severe acute respiratory syndrome (SARS-CoV) was first recognised as a distinct strain of coronavirus in 2003. 774 people died from the SARS outbreak.

The Middle East respiratory syndrome (MERS-CoV) was first identified in Saudi Arabia in 2012. 858 MERS-CoV associated deaths have occurred since September 2012.

The Novel is less severely infected than SARs and MERs, those were transmitted as aerosols whereas this spreads through droplets. The mortality due to novel CoV is low. It mostly those who are diabetic, athematic, have Tuberculosis and other such diseases.

The current outbreak originated in Wuhan city in China which is a major domestic and international transport hub. Given the large population movement cases continue to appear across the Globe. Dr. Narendra Saini, Scientific Committee, Delhi Medical Council said,

Because of the transportation rate increasing, the virus is travelling fast compared to infections earlier. We need to understand why is spreading more and also need to be aware on this virus and how it spreads.

Common Symptoms Of The Infection

At Least 14 Days Of Incubation Is Required

According to Dr. Swaminathan, the incubation period, which is the time between infection and the onset of the clinical symptoms of the disease, ranges from 2 to 11 days. She said,

We are refining these estimates as more data becomes available. Bases on information from other coronavirus diseases such as MERS, SARS the incubation period of the 2019 nCoV could be upto 14 days.

With the information that is currently available for this virus, WHO advises that measures to limit the risk of exportation or importation of the disease should be implemented without unnecessary restrictions of International traffic.

While some people have been kept under observation, India successfully evacuated its citizens from China. The Indian Army set up a quarantine facility in Manesar near Delhi to keep those evacuated from Wuhan. They are being monitored for any signs of infection for two weeks by a qualified team of doctors and staff members. Dr. Randeep Guleria, Director, AIIMS (All India Institute Of Medical Science) told NDTV,

We now have enough labs to detect the virus and samples are being evaluated. We must understand that this screening process can delay the onset of the coronavirus coming into the country. Our concern is that it should not lead to sustained human to human spread. And to do that we have to quarantine the people or suspected individuals. If you look at the current data emerging from other countries and from china, it does show that even while the person is asymptomatic or during the incubation period he can spread the infection to others. But in most cases the infection has been very midland self-limiting. Therefore although by these measures we will be able to delay or prevent the spread of infection to our country, it is not something that one can say is a full proof method and there is always a chance that during the incubation the person may have spread the infection to someone in the community. And that’s why those people who have come in contact with these individual have to be vigilant and if they have symptoms of fever, cough, cold, breathing difficulty they must immediately report to the health centre and get themselves tested. And if they are positive they need to be quarantined.

Steps Being Taken To Contain The Outbreak

Multiple precautionary steps are being taken by India to ensure that the virus does not spread across the country. There is thermal screening for coronavirus at designated airports. A 24×7 National Control room number has been set up to address queries related to Novel coronavirus. Health Minister, Harsh Vardhan said,

We have to ensure that screening of the best possible nature and where ever there are symptoms they have to be detected. I am also in regular touch with the Kerala health minister, we have assured all possible support.

Since the first case was reported on 31st December, we have been meeting and the government has been taking this on a war footing. And you have seen the rapid action in the evacuation of the citizens from Wuhan and they have been done by the tremendous coordination of the government. From the Indian council of medical research perspective, we have had preparedness for diagnosing this virus. We were rapid in getting the positive controls from international organisations. We have about 105 viral research laboratories all over the country. We have been requested by the WHO south East Aisa region to provide facilities for testing in other countries and we have give our consent much before. And we have also tested for the Maldives and more recently we have got a request from Afghanistan as well.

Our honorable CM decided to declare it as a state calamity and we are calling back all the health officials and all the workers back from leave. And also the line department are also keen in these activities. And also seven of our district collectors will be going to Mussoorie for training.

Since there is no vaccine for the new coronavirus, several organisations around the world are working on developing one or testing antiviral medicine. While signing off, Dr. Soumya Swaminathan asserted that the focus of all countries should be on reducing the infections, prevention of secondary transmission and spread. She said,

Countries should be contributing to the international response through multi-sectorial collaboration and response and active participation in increasing knowledge on the virus and the disease as well as advancing research. The WHO is also coordinating a global research partners meeting essentially to look at what the knowledge gaps are with this new virus to identify the research priorities and to advance the development of counter measures like vaccines, therapeutics and also to advance the understanding on the reservoir and resource of this virus as well as in transmission.

Coronavirus Outbreak: How To Protect Oneself From Catching The Virus