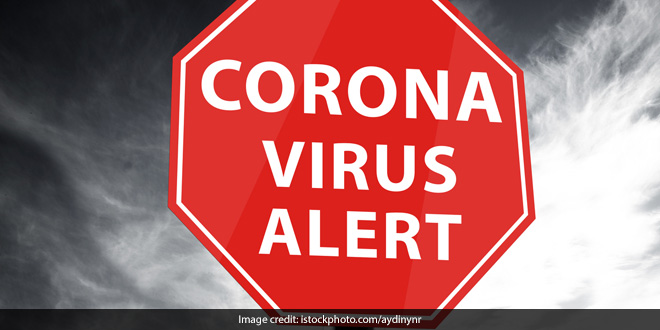 New Delhi: Novel Corona Virus has been declared as a ‘global health emergency’ by the World Health Organization (WHO) after it reportedly killed at least 425 people in mainland China. The virus outbreak originated in the central Chinese city of Wuhan, where the first case was of the Novel Corona Virus was reported on December 31, 2019. Since then, more than 20,438 cases of have been reported worldwide, most of them in China’s Hubei province. Hong Kong, Australia, Thailand, France, Japan, Taiwan, Vietnam, Singapore, South Korea, Macao and Nepal are also among the nations with reported and confirmed corona virus cases.

India too, has confirmed three cases of Corona virus in Kerala, following which the state government declared the virus as a ‘state calamity’. As per a PTI report, all three infected persons, aged between 24 – 28 had visited China recently. While two of the patients had returned from China a week ago, the other had returned about a month ago and are now admitted in Ram Manohar Lohia (RML) hospital’s isolation ward.

Also Read: A Lucknow Based Madrasa Has Benefits Of Handwashing In Its Curriculum

The Corona virus is capable of human transmission and as per experts it causes cold-like symptoms and can even cause breathing problems. The virus is able to spread during its incubation period, before any symptoms appear. According to the World Health Organization, the incubation period can be anywhere between 2 to 10 days.

Dr Monica Mahajan, Director, Internal Medicine at Max Healthcare talked to NDTV about coronavirus and its impact on India.

It is a highly contagious virus,” she highlights, adding that it is “bound to spread in other countries.

In order to contain the virus from spreading to other nations, Chinese government took measures such as isolating and cutting off regions like Wuhan among other majorly affected provinces from the rest of the nation, Dr. Mahajan explained.

Despite these urgent measures, we have to realise that the world has shrunk. Air travel is still happening and that has led to the transmission of this virus into other nations. This virus is an air borne or droplet virus, so the people who have travelled from China in the last 14 days, maybe in an incubation period, may have the virus in their bodies.

Also Read: Only 2 Out Of 10 Poor Households In India Use Soap, Survey

Dr. Mahajan further explained to NDTV about the steps being taken by the Indian government to help contain this deadly virus.

We have thermal sensors which have been put up at the airports, people who are reporting symptoms during the flights or after landing at the airport are being tested and are also being quarantined. So far, passengers in Mumbai and Hyderabad and other airports have been tested for the virus but till now, thankfully all of them have been tested as negative. Some of the samples have been sent to National Institute of Virology in Pune, and their results are awaited.

Dr. Mahajan says that we cannot really look away from this virus and the threat looms large. There are certain do’s and don’ts which the government as well as an individual needs to take care of, according to her. When it comes to the governments end, Dr. Mahajan notes,

At the government level, there are policies which have been put forth ward by the Ministry of Health. Isolation wards have also been set up by some major hospitals, including All India Institute of Medical Sciences, Delhi. There are also certain measures put in the place to test the virus.

Also Read: These Students In Ludhiana Are Giving A Swachh Twist To Birthday Celebrations At School

Lastly, as far as individuals are concerned, Dr. Mahajan highlights the three basic tips they should follow, she says,

First tip is hand hygiene; remember to frequently wash your hands with soap for at least 20 seconds. Second is in terms of cough etiquettes; please use a handkerchief, tissue or at least your elbow when you cough so that you don’t cough on other person’s face and transmit the virus. The third step is self-reporting. If you have flu like symptoms, please report to your doctor, so he or she can ask you in detail regarding your symptoms and your travel history.

Coronavirus Outbreak: ‘We Have Enough Labs In The Country To Detect The Virus,’ Says AIIMS Director Dr Randeep Guleria

Swasth Report: While Northeast Fares Well On Mortality Rates And Malnutrition, Anaemia And Diarrhoea Are Matters Of Concern