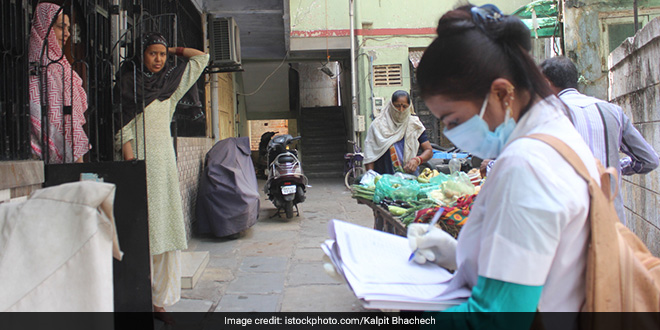 New Delhi: The national capital’s next round of monthly sero-prevalence survey began on Tuesday covering all 272 municipal wards to analyse the COVID-19 situation in Delhi at “micro-level”, Health Minister Satyendar Jain said. The sample size this time will be 17,000 and the exercise will be carried out for seven days, he told reporters. The last sero-prevalence survey was held from August 1-7, which showed that 29.1 per cent of the people surveyed had antibodies against the coronavirus infection.

The fresh round of sero-survey began today. This time we will be doing it ward-wise, so all 272 municipal wards of Delhi will be covered, plus two Assembly areas. Sampling will be done for a week. After that, results should come in 7-10 days, Mr. Jain said.

The previous surveys were done district-wise. But this time, it is being done ward-wise to analyse the COVID-19 situation in the city at a “micro-level”, the Delhi health minister said. While announcing the results of the August, Mr. Jain had said that 15,000 representative samples were taken from 11 districts.

The exercise was undertaken in the first week of August for a comprehensive assessment of the COVID-19 situation in Delhi and to formulate strategies based on its findings. The sero-prevalence survey before the August exercise, done from June 27-July 10 by the Delhi government in association with the National Centre for Disease Control (NCDC), had used 21,387 samples and found that around 23 per cent of the people surveyed had exposure to the novel coronavirus.

The rise, rather than the exponential rise is not there. So, people are taking safety precautions it seems. But, we cannot afford to be complacent and lower our guard, Mr. Jain had said on August 20.

The national capital had seen a spurt in daily cases in the last several days and a steady rise in active cases since August 5. Delhi recorded 1,358 fresh COVID-19 cases on Monday, taking the tally in the city to over 1.74 lakh, while the death toll from the disease mounted to 4,444.

The number of active COVID-19 cases on Monday was 14,626. On Sunday, Delhi had recorded 2,024 fresh cases, the highest single-day spike in the city in August. It was also the highest spurt in Delhi in nearly 50 days. Jain had on July 22 announced that after analysing the results of the June-July survey, it was decided that such exercise would be done every month to formulate better policies for tackling COVID-19 situation in the national capital.

India Leads Global Rise In New Weekly COVID-19 Cases, While Deaths Down: WHO