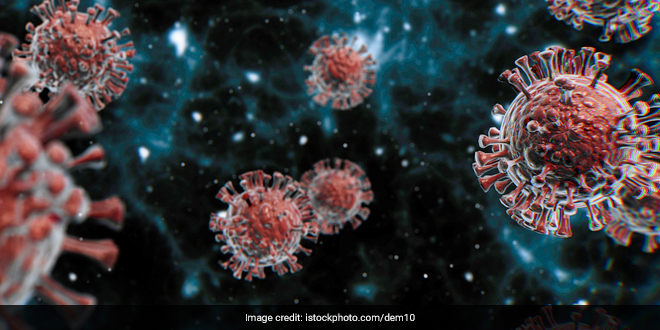 New Delhi: There is a ‘new’ variant of coronavirus in the United Kingdom, and it is causing major worries. Scientists have warned that the COVID-19 variant, which has been spreading around the United Kingdom has undergone further genetic changes and the latest tests have identified the mutation as ‘E484K’. This mutation has already been seen spreading rapidly among both Africa and Brazil variants. Dr Julian W Tang, Consultant Virologist, Clinical Microbiology, University Hospitals of Leicester NHS Trust, explained to NDTV if the variant could be a cause of concern amid the vaccine rollout.

NDTV: Please explain this latest variant to us and what are your concerns about it?

Dr Julian W Tang: The UK variant rose back in September-October, last year and spread through the UK. And we think its more transmissible because more of the COVID positive cases have this variant in them, over time. And just recently, we saw that this variant, 501Y.V1, has acquired a new mutation. The variant already has a 501Y mutation. But this 484K is present in the Brazilian variant and in the South African variant. The UK now has the two out of three mutations, that are already present in the Brazilian variant and South African variant. The reason for that may be convergent evolution. Convergent evolution is the independent evolution of similar features in species of different periods or epochs in time.

Also Read: Coronavirus Explainer: What Is A Sero Survey And Why Is It Important In The Fight Against COVID-19?

NDTV: As a virologist, is there something different about the way that this particular coronavirus is mutating? What are your concerns on that front?

Dr Julian W Tang: The viruses do mutate and most of the mutations are fairly neutral benign. Some of them will lead to a dead-end and just die off, but the variance the mutations that lead to the ongoing transmission may well be because the virus is getting more used to the human population. So, more transmissible, maybe not more lethal, but we haven’t seen any difference in the symptoms that the virus causes. But we know that the viral loads can be higher with the new variance. So if I take a swab from the mouth and test it to measure the viral load, it may be ten times higher for the new variant than the old variant. So, if I’m coughing at you or breathing and talking to you, without a mask on or even with a mask on, you are more likely to get enough virus to cause infection if you’re standing too close to me. Before, for example, where you could get away with standing within one meter, maybe now you need to stand two meters away from a person, with both wearing masks. Also, now you might need to wear a better mask. So instead of just wearing a surgical mask, you might need a better N95 mask to protect you from this variant because the viral load is higher.

NDTV: What does this new variant mean for the COVID vaccines that are currently being administered? Moderna has said that their vaccine works against the new variant, but will it work against the ‘new’ new variant?

Dr Julian W Tang: When it comes to the old UK variant, which is the 501Y, the vaccines worked fine against that, and there was no problem with it. It’s the new UK variant, the 484k, is causing the problem. To simplify, the old UK variant, without the 484K mutation, was fine with the current vaccines. But the if the 484K starts to IN spread, then the existing vaccine may not be so protective. That’s why both Oxford and Moderna have proposed to change vaccines to incorporate the new mutations. Because when you get vaccinated, you produce antibodies to that mutated form of the virus. So that’s the difference with the vaccines.

NDTV: How extensively widespread is the 484K variant?

Dr Julian W Tang: So far we’ve only found a few of those, but the UK team can only source about 5 -10 per cent of all positive samples. So, we don’t know whether they’re missing some. Some people may have also been infected asymptomatically and not even sampled yet. So according to me its almost an underestimate on how many cases of this new variant we have in the UK.

NDTV: When it comes to vaccines, India is expecting the launch of their vaccine, which is the Russian Sputnik vaccine in a few months. There were concerns initially, but now everybody has seen the reports stating its efficacy of over 90 per cent. What are your views on that?

Dr Julian W Tang: It is good news for that vaccine because it is relatively cheap, its a bit more expensive than Astrazenca but there’s a reason for that; it’s much cheaper than mRNA vaccines. However, the efficacy level is just as high. So I looked at the paper, and I could tell that the Russians were so confident about the vaccine, that they happen to roll out the vaccine in the population before even the phase three data came through. So they designed the vaccine, they were confident with the vaccine and they did. But the rest of the world didn’t believe them. But now there are reports to show that the efficacy and the side effects are similar to the other vaccines in the market, like Oxford, Pfizer, Moderna, among others.