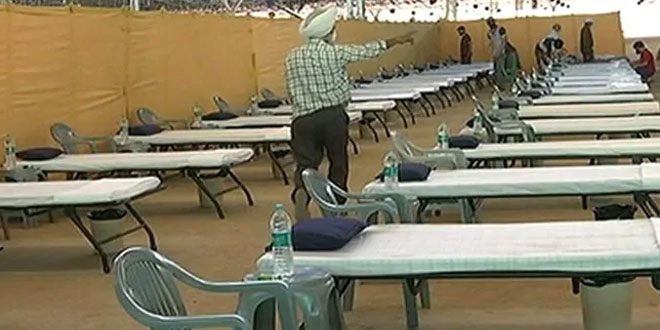 New Delhi: Delhi Health Minister Satyendar Jain on Tuesday said that the COVID-19 recovery rate in the national capital has reached 84 per cent with a total of 1,04,918 patients cured of the virus. “Yesterday, 954 new cases were reported in Delhi. So far, the total number of 1,23,747 cases have been reported in the city. However, 1,784 people recovered from COVID-19 yesterday, which was a lot more than the number of new cases,” the Minister told reporters.

According to the Minister, the decline in the number of cases is due to more awareness among the people. He said,

We are fully prepared for any eventuality. Nobody knows how this virus will behave. Any assumption can fail anytime. People are getting more aware. A penalty on not wearing a mask has been imposed. A mask can prevent the spread of the virus by 80 per cent.

A total number of 1,04,918 patients have recovered from COVID-19 in the city. The recovery rate is now at 84 per cent. The bed occupancy is only 22 per cent, meaning that 78 per cent of the beds are lying vacant. Only 3,422 beds in the national capital are occupied out of the total 15,461.

Speaking on the containment zone, the Minister said that the Delhi government will take up the matter with the Central government as several areas in the national capital have been designated containment zones for over the last four months.

The Health Minister also said that the Delhi government has also made parallel arrangements for the rise in dengue and chikungunya cases.